The Eliteserien clash at Marienlyst Stadion on Wednesday sees home side Strømsgodset IF fighting it out with SK Brann.

Our predictions, user poll and statistics for Strømsgodset IF v SK Brann can be found here (plus the best game odds).

Strømsgodset IF will be hoping to return to winning ways here after the 2-0 Eliteserien defeat last time out to Vålerenga.

The only scorer from Strømsgodset IF was Lars-Jørgen Salvesen (45' Own goal). Osame Sahraoui (36') scored for Vålerenga.

It’s been seldom in recent times that Strømsgodset IF have kept a clean sheet. The facts show that Godset have been scored against in 6 of their previous 6 games, giving up 14 goals along the way.

Going into this one, Strømsgodset IF have not lost a league tie with SK Brann in their last 2 matches.

Previously, SK Brann drew 1-1 in the Eliteserien tie with Kristiansund.

The only scorer from SK Brann was Gilbert Koomson (73'). Pål Erik Ulvestad (87') scored for Kristiansund.

Looking at their form, and SK Brann have been scored against in 5 of their last 6 games, conceding 9 goals in total. At the back, Brann have clearly had some problems. It will be interesting to see whether or not that trend can be continued on here.

Their prior results show that SK Brann:

Checking out their prior head to head duels dating back to 06/04/2017, neither club has come out on top overall with Strømsgodset IF winning 2 of those games, SK Brann 2 and 2 being drawn in regulation time.

A combined total of 20 goals were scored between the two sides in these games, with 11 for Godset and 9 belonging to Brann. The average number of goals per game works out to 3.33.

The last league fixture featuring these clubs was Eliteserien match day 29 on 24/11/2019 which finished with the scoreline of Strømsgodset IF 6-0 SK Brann.

There aren’t many personnel worries, with just the sole fitness concern for the Strømsgodset IF gaffer Henrik Pedersen to be concerned with from of an almost fully healthy group of players. Prosper Mendy (Cruciate Ligament Injury) won’t play.

Owing to a fully injury-free squad ready to go, SK Brann manager Lars Nilsen doesn’t have any fitness worries to speak of before this game. Amer Ordagic cannot play in this game through suspension.

We’re of the opinion that SK Brann and Strømsgodset IF may well both score, with little between these two teams.

There should be little in it, and a draw looks to be quite a realistic result. We’re therefore seeing a tight encounter, finishing with a score draw after 90 minutes. 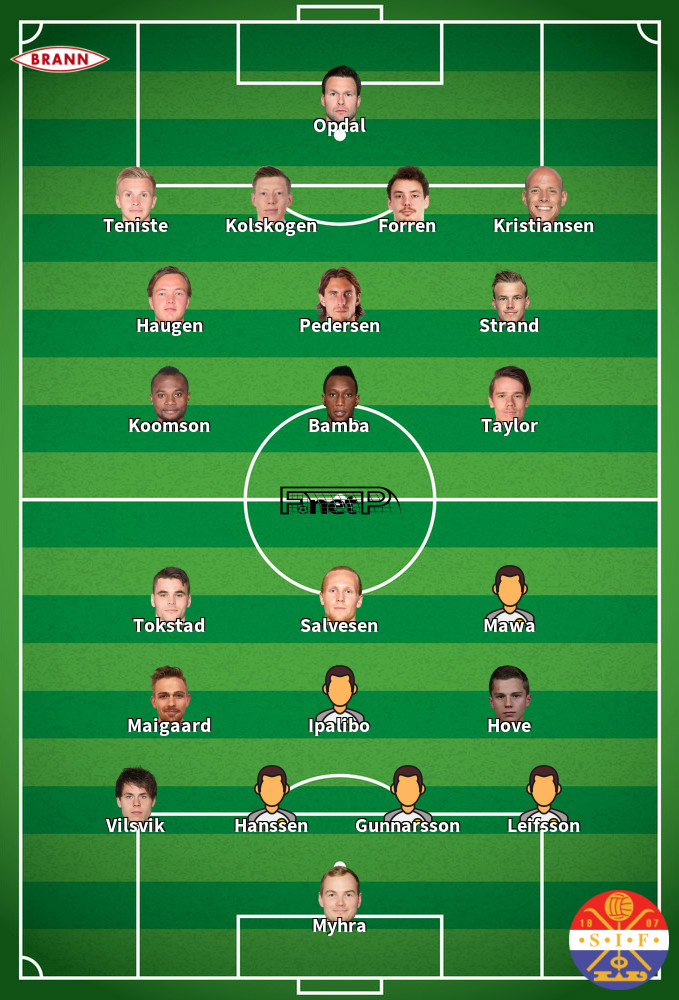 Typically taking up the Striker position, Moses Mawa was born in Norway. After having played his first senior match for Strømsgodset IF in the 2019 season, the dangerous Forward has bagged 2 league goals in this Eliteserien 2020 season so far coming from a total of 9 appearances.

We have made these Strømsgodset IF v SK Brann predictions for this match preview with the best intentions, but no profits are guaranteed. Please always gamble responsibly, only with money that you can afford to lose. Best of luck.