Tromsø IL will be facing visiting rivals SK Brann at Alfheim Stadion in the Eliteserien match on Sunday.

Tromsø IL will be hoping to return to winning ways here following the 3-2 Eliteserien loss in their previous game against Rosenborg BK.

Analysis of their past results shows that Tromsø IL:

SK Brann will come into the match after a 2-3 Eliteserien win versus Lillestrøm SK in their most recent game.

Over the course of their previous six clashes, SK Brann have helped themselves to a total of 10 goals. SK Brann have also not failed to score on each one of those occasions. Over that period, they have seen 12 goals go against them. That sort of trend isn’t assured to follow through into this match, however.

If we look at their past head to head duels stretching back to 26/11/2017, there is nothing to separate the two clubs with Tromsø IL winning 2 of those games, SK Brann 2 and 2 being draws after 90 minutes of play.

A combined total of 20 goals were shared by the two clubs throughout the course of those matches, with 9 of them for Gutan and 11 coming from Brann. The average goals per game has been 3.33.

In that game, SK Brann managed 58% possession and 15 shots at goal with 4 of them on target. The scorer was Daouda Bamba (45').

For their opponents, Tromsø IL got 11 attempts on goal with 6 of them on target. Kent-Are Antonsen (18') was the scorer.

The referee was Mohammad Usman Aslam.

The Tromsø IL manager Gaute Helstrup does not have any fitness concerns at all coming into this game owing to a fully healthy group to pick from. Jostein Gundersen cannot play in this game through suspension.

Due to a completely healthy group available to choose from, the SK Brann boss Eirik Horneland doesn’t have any fitness concerns whatsoever coming into this match.

We’re inclined to think that SK Brann will have a tough ask to find the net against this Tromsø IL side who we think will likely manage to get a goal of their own in a winning performance.

We’re therefore tipping a hard-fought contest, finishing with a 1-0 advantage for Tromsø IL at the end of the 90 minutes. 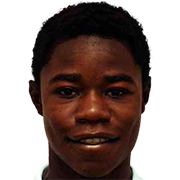 Usually taking up the Central Attacking Midfielder position, Eric Kitolano was born in Norway. Having made his senior debut playing for Tromsø IL in the 2021 season, the dangerous Midfielder has scored 3 league goals in this Eliteserien 2021 campaign to date in a total of 16 appearances.

While we have made these predictions for Tromsø IL v SK Brann for this match preview with the best of intentions, no profits are guaranteed. Always gamble responsibly, and with what you can afford to lose.