Return to this page a few days before the scheduled game when this expired prediction will be updated with our full preview and tips for the next match between these teams.
Sturm Graz will take to the pitch with guests SK Rapid Wien at Merkur-Arena in this Bundesliga fixture on Sunday. Our tips, poll and stats for Sturm Graz v SK Rapid Wien can all be found here - as well as the best betting odds.

Sturm Graz will be hoping to bounce back here following a 2-0 Bundesliga losing effort in their last game against Wolfsberger AC. Shon Weissman (60') and Christopher Wernitznig (64') scored for Wolfsberger AC.

It has been a rare occasion in recent games that Sturm Graz have managed to hold out for a full 90 minutes. It will be a concern for them that die Schwoazn have seen their defence breached in 6 of their previous 6 matches, leaking 18 goals on the way. That kind of pattern might not be carried forward here, however.

Going into this game, the form guide shows that Sturm Graz:

Since being defeated in their last game at the hands of Red Bull Salzburg in Bundesliga competition, SK Rapid Wien and their fans will hope to get a better result this time. For SK Rapid Wien, the goals were scored by Ercan Kara (19', 60' Own goal) and Taxiarchis Fountas (90'). Noah Okafor (22'), Enock Mwepu (30'), Dominik Szoboszlai (39'), Albert Vallci (44'), Zlatko Junuzović (65') and Hee-Chan Hwang (79') scored for Red Bull Salzburg.

During their 6 previous matches, Dietmar Kühbauer's SK Rapid Wien have seen their efforts on goal rewarded a total of 10 times - yielding them a goals scored per game average of 1.67.

Analysis of their past results shows that SK Rapid Wien:

A look at their prior head-to-head meetings going back to 09/12/2018 tells us that Sturm Graz have won 1 of these games and SK Rapid Wien 3, with the number of drawn results standing at 2.

11 goals were shared by the two clubs in this period, with 3 for die Schwoazn and 8 belonging to Die Grün-Weißen. That is an average goals per game value of 1.83.

The previous league contest between these sides was Bundesliga match day 24 on 07/06/2020 when the final score was SK Rapid Wien 4-0 Sturm Graz. The match was refereed by Sebastian Gishamer.

Sturm Graz manager Nestor El Maestro will be thankful to have no fitness worries whatsoever coming into this match owing to a fully injury-free group ready to go. Suspended players who are serving a ban for this game are Isaac Donkor and Bekim Balaj.

Due to a fully healthy squad available to choose from, SK Rapid Wien manager Dietmar Kühbauer doesn’t have any fitness worries to report before this game.

We’re of the view that Sturm Graz will likely create enough chances to score a goal against this SK Rapid Wien team, but a single goal probably won’t quite prevent them from conceding a couple at the other end. Therefore, we’re predicting both teams to score in a 1-2 victory for SK Rapid Wien after the 90. Let’s wait and see how it plays out. 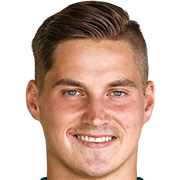 Generally played in the Left Attacking Midfielder position, Thorsten Röcher was born in Austria. Having made his senior debut playing for SV Mattersburg in the 2010 - 2011 season, the gifted Midfielder has bagged 5 league goals in this Bundesliga 2019 - 2020 season to date in 20 appearances.

While we have made these predictions for Sturm Graz v SK Rapid Wien for this match preview with the best of intentions, no profits are guaranteed. Always gamble responsibly, and with what you can afford to lose. Good luck if you do place a bet today.