Rapid Vienna are the guests at Josko Arena on Sunday for the Bundesliga game with hosts SV Ried.

All of our predictions, stats and the user poll for SV Ried v Rapid Vienna are shown below (inc. the best betting odds).

SV Ried, following on from their previous result, will be hoping for more of the same after a 2-0 Bundesliga success against TSV Hartberg.

Matches with SV Ried have proved to be exciting affairs lately with plenty of scoring being the norm. Over their past 6 clashes, a grand total of 20 goals have been scored for both teams combined (at an average of 3.33 goals per game) with 6 of those accredited to SV Ried. Previous results aside, time will tell if that trend might continue on in this upcoming match.

In the game prior to this, Rapid Vienna drew 1-1 in the Bundesliga tie with Red Bull Salzburg.

The only player to score from Rapid Vienna was Christoph Knasmüllner (85'). Sékou Koïta (29') was the scorer for Red Bull Salzburg.

Rapid Vienna have regularly broken through opposing defences in the lead-up to this encounter, having scored 13 times in their previous 6 matches. Having said that, Die Grün-Weißen can also improve defensively after being scored against in 6 of those same matches.

Checking out their prior head to head duels stretching back to 05/12/2015, it’s been all-even between these two clubs with SV Ried winning 3 of those games, Rapid Vienna 3 and 0 being drawn in regulation time.

The previous league match between these clubs was Bundesliga match day 28 on 08/04/2017 which ended up with the score at SV Ried 3-0 Rapid Vienna.

The match was refereed by Dominik Ouschan.

Availability isn’t a big problem, with just a single fitness concern for the SV Ried manager Gerald Baumgartner to be concerned with from an otherwise fully-primed set of players. Manuel Kerhe (Unknown Injury) is sidelined.

We feel that in this game, Rapid Vienna have the ability to convert a lot of goal-scoring opportunities.

In contrast, SV Ried could well struggle getting on the scoresheet but we do fancy them hitting back at some stage here.

Our tip is for a comfortable 1-3 win for Rapid Vienna at the end of the match. 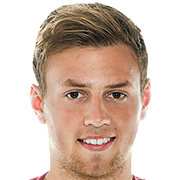 Typically taking to the field in the Central Attacking Midfielder position, Julian Wießmeier was born in Nürnberg, Germany. After making a first senior appearance for Nuremberg in the 2010 - 2011 season, the goalscoring Midfielder has hit 2 league goals in this Bundesliga 2020 - 2021 campaign so far in a total of 4 appearances.

While we have made these predictions for SV Ried v Rapid Vienna for this match preview with the best of intentions, no profits are guaranteed. Always gamble responsibly, and with what you can afford to lose. Good luck if you do place a bet today.