WSG Swarovski Tirol will be hosting away side Rapid Vienna at Gernot Langes Stadion in this Bundesliga game on Wednesday.

For all of our match predictions, pre-game poll and statistics for WSG Swarovski Tirol v Rapid Vienna, scroll down including the latest game odds.

WSG Swarovski Tirol will be wanting a better result here following a 4-0 Bundesliga defeat last time out to Rapid Vienna.

Fixtures with WSG Swarovski Tirol have often been entertaining encounters of late with a lot of goalmouth action anticipated. Over their past six games alone, the sum of 20 goals have been scored for both sides combined (at an average of 3.33 goals per game) with 8 of them accredited to WSG Tirol.

Analysis of their past results shows that WSG Swarovski Tirol:

Indicating their bias toward action-packed matches, goals have been celebrated 20 times in the last six matches in which Rapid Vienna have sent out their troops, yielding a mean average of 3.33 goals per fixture. Opposing teams have managed 6 of those goals. Let’s see if that trend will end up being continued on here.

Coming into this clash, Rapid Vienna are unbeaten in their last 4 league matches away from home.

The previous league fixture featuring these clubs was Bundesliga match day 5 on 25/04/2021 which ended up with the score at Rapid Vienna 4-0 WSG Swarovski Tirol.

On the other side, WSG Swarovski Tirol got 7 shots on goal with 2 on target. Raffael Behounek (21' Own goal) was the scorer.

WSG Swarovski Tirol boss Thomas Silberberger does not have any fitness worries at all before this clash with a fully healthy squad available to choose from.

We envisage that WSG Swarovski Tirol have it within them to score against this Rapid Vienna outfit, although one goal probably shouldn’t be enough.

We’re therefore expecting a very close game with a 1-2 advantage for Rapid Vienna at the end of the match. Should be a good one. 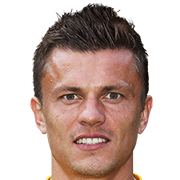 Mostly played in the Striker position, Zlatko Dedič was born in Bihać, Bosnia and Herzegovina. After making a first senior appearance for Empoli in the 2004 - 2005 season, the accomplished Forward has scored 5 league goals in this Bundesliga 2020 - 2021 season to date in a total of 21 appearances.

While we have made these predictions for WSG Swarovski Tirol v Rapid Vienna for this match preview with the best of intentions, no profits are guaranteed. Always gamble responsibly, and with what you can afford to lose. Best of luck.