The 2. Liga clash at NV Arena on Friday sees hosts SKN St. Pölten take to the field against SKU Amstetten.

SKN St. Pölten go into this game coming off the back of a 0-0 2. Liga stalemate vs SKU Amstetten.

In 5 of the prior six games involving SKU Amstetten, a relatively low number of goals have been hit between them and opposing sides. The overall average number of goals per game during that period comes to a mere 1.83, with the average goals for Amstetten being 0.83.

Ahead of this meeting, SKU Amstetten haven’t won away from home in the past 3 league games.

There aren’t many personnel worries, with just the lone fitness concern for the SKN St. Pölten gaffer Gerald Baumgartner to contend with from an otherwise fully-primed squad. Lukas Tursch (Cruciate Ligament Rupture) is out of contention. Kresimir Kovacevic will not be able to play in this game through being suspended.

Owing to an otherwise healthy group, there is just a single fitness issue for the SKU Amstetten manager Joachim Standfest to be concerned about. Dino Kovacec (Unknown Injury) won’t be in action.

We feel that over the course of the game, SKU Amstetten will have to perform well to register a score against this SKN St. Pölten side who we reckon should end up scoring and staying ahead.

With that in mind, we reckon that it will be a hard-fought contest, finishing with a 1-0 win for SKN St. Pölten when all is said and done. 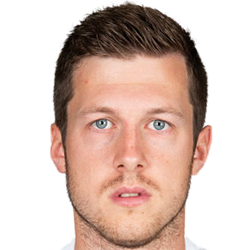 Generally played in the Striker position, Deni Alar was born in Slavonski Brod, Croatia. Having played his first senior match for DSV Leoben in the 2006 - 2007 season, the goalscoring Forward has contributed 3 league goals in this 2. Liga 2021 - 2022 season so far from a total of 8 appearances.

We have made these SKN St. Pölten v SKU Amstetten predictions for this match preview with the best intentions, but no profits are guaranteed. Please always gamble responsibly, only with money that you can afford to lose. We wish you the best of luck.