For all of our match predictions, pre-game poll and statistics for Slavia Prague v Sparta Prague, scroll down (inc. the best betting odds).

Slavia Prague will be wanting a better result here following the 1-2 First League loss in their previous game against Sparta Prague.

The only player to score from Slavia Prague was Petr Ševčík (39'). Tomáš Čvančara (20') and Adam Hložek (83') scored for Sparta Prague.

Matches with Slavia Prague have often been absorbing ones of late with high scoring being the norm. Over their past six clashes, the sum total of 20 goals have flown in for both sides combined (at an average of 3.33 goals per game) with 13 of them accredited to Slavia Prague. That pattern might not be continued into this next game, however.

Ahead of this clash, Slavia Prague have not been beaten in their last 7 league matches at home.

Looking at their form, and Sparta Prague have been scored against in 6 of their last 6 matches, letting opponents get 10 goals in all. In defence, Sparta Prague seem to have a bit of a soft underbelly.

Analysis of their past results shows that Sparta Prague:

A glance at their past head to head clashes going back to 08/03/2020 shows us that Slavia Prague have won 3 of them & Sparta Prague 1, with the tally of drawn matches standing at 2.

In all, 10 goals were scored between the two sides during those clashes, with 8 from Červenobílí and 2 being from Železná Sparta. The average number of goals per game works out to 1.67.

The previous league encounter featuring these sides was First League match day 24 on 06/03/2022 which ended up with the score at Slavia Prague 2-0 Sparta Prague.

We feel that in this game, Slavia Prague will likely get the goals that they need against Sparta Prague, who might well find it difficult finding the net themselves.

We reckon that it will be a decent 2-0 winning margin for Slavia Prague after 90 minutes. 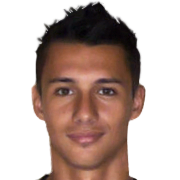 Mostly taking to the field in the Central Attacking Midfielder position, Ivan Schranz was born in Bratislava, Slovakia. After having made a senior debut playing for Dukla Prague in the 2017 - 2018 season, the gifted Midfielder has netted 10 league goals in the First League 2021 - 2022 campaign to date in 29 appearances.

While we have made these predictions for Slavia Prague v Sparta Prague for this match preview with the best of intentions, no profits are guaranteed. Always gamble responsibly, and with what you can afford to lose. Best of luck with your selections.