Return to this page a few days before the scheduled game when this expired prediction will be updated with our full preview and tips for the next match between these teams.
The First League match at Generali Arena on Wednesday sees hosts Sparta Prague playing Slezský FC Opava. Scroll down to see all of the predictions, poll and statistics for Sparta Prague v Slezský FC Opava (inc. the best betting odds).

Sparta Prague will want to continue from where they left off last time out with a 0-1 First League victory vs Bohemians 1905. The only name on the scoresheet from Sparta Prague was Benjamin Tetteh (84').

Sparta Prague haven’t been able to stop scoring goals, netting in one hundred percent of their last 6 matches. They have managed to rack up 12 during that period and have conceded a total of 6. Previous results aside, it remains to be seen whether that pattern might persist in this next match or not.

The stats tell the story, and Slezský FC Opava have been scored against in 5 of their last 6 matches, with opponents netting 9 goals in total. In defence, Slezský just haven’t been too solid at all.

Coming into this meeting, Slezský FC Opava are without an away win for the past 13 league matches. Their travelling supporters must be so depressed.

Delving into their past head to head meetings going back to 14/02/2004 shows that these encounters have not been good ones for Slezský FC Opava. They have not managed to come away with any victories at all whereas Sparta Prague have simply been better than them, getting wins in 100 per cent of those ties.

A combined sum of 20 goals were produced between them in these games, with 16 of them for Železná Sparta and 4 for Slezský. This gives an average number of goals per game equal to 3.33.

The previous league contest featuring these clubs was First League match day 15 on 03/11/2019 when it finished Slezský FC Opava 0-1 Sparta Prague. The referee was Miroslav Zelinka.

It certainly seems that Slezský FC Opava will have to play really well to be getting goals against a Sparta Prague outfit who will likely really boss this match. We think that it’s going to be a very comprehensive 3-0 win for Sparta Prague when the referee blows the final whistle. 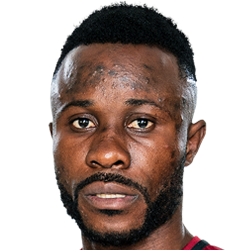 Customarily playing in the Central Attacking Midfielder position, Guélor Kanga was born in Oyem, Gabon. After making a first senior appearance for FC Rostov in the 2012 - 2013 season, the skilful Midfielder has scored a sum of 11 league goals in the First League 2019 - 2020 season so far in a total of 23 appearances.

While we have made these predictions for Sparta Prague v Slezský FC Opava for this match preview with the best of intentions, no profits are guaranteed. Always gamble responsibly, and with what you can afford to lose.