Return to this page a few days before the scheduled game when this expired prediction will be updated with our full preview and tips for the next match between these teams.
Full-Time Result Prediction for Sochaux vs SM Caen
SM Caen to Win

We’ve got the feeling that Sochaux could find themselves up against it to be putting a goal past this SM Caen lineup who will likely score at least once to gain the upper hand. That’s why we have predicted a very competitive game with a 0-1 win for SM Caen at the conclusion of the game. Let’s see. Our full set of predictions, statistics and match poll for Sochaux v SM Caen can be seen below - as well as the best betting odds. 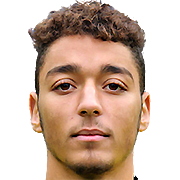 Usually taking to the field in the Centre Midfield position, Sofiane Daham was born in France. Having made a first senior appearance for Sochaux in the 2015 - 2016 season, the gifted Midfielder has struck 3 league goals in the Ligue 2 2018 - 2019 campaign to date in a total of 24 appearances.

We have made these Sochaux v SM Caen predictions for this match preview with the best intentions, but no profits are guaranteed. Please always gamble responsibly, only with money that you can afford to lose. Good luck!