Going into this one, Solihull Moors haven't been beaten in the league by Hartlepool United in their last 2 matches. 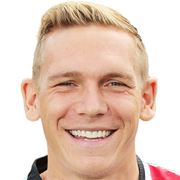 Normally taking up the Striker position, Danny Wright was born in Norwich, England. After having made a senior debut playing for Histon in the 2007 - 2008 season, the skilful Forward has hit 5 league goals in this National League 2019 - 2020 season to date in 26 appearances.

While we have made these predictions for Solihull Moors v Hartlepool United for this match preview with the best of intentions, no profits are guaranteed. Always gamble responsibly, and with what you can afford to lose. Good luck with your selections.