Return to this page a few days before the scheduled game when this expired prediction will be updated with our full preview and tips for the next match between these teams.
Full-Time Result Prediction for Southend United vs Tranmere Rovers
Draw
Southend United host visiting rivals Tranmere Rovers at Roots Hall in the League One game on Saturday.

When taking all factors into account, Tranmere Rovers and Southend United should both get enough opportunities to score, although it’s hard to separate the two. It appears that a draw might be on the cards. That’s why we have predicted a close game with a 1-1 draw at the conclusion of the game. Scroll down to see all of the predictions, poll and statistics for Southend United v Tranmere Rovers - along with the latest match odds. 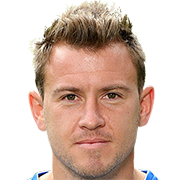 Typically used in the Striker position, Simon Cox was born in Reading, England. After having made a senior debut playing for Reading in the 2005 - 2006 season, the goalscoring Forward has managed 3 league goals in the League One 2019 - 2020 season so far in a total of 19 appearances.

While we have made these predictions for Southend United v Tranmere Rovers for this match preview with the best of intentions, no profits are guaranteed. Always gamble responsibly, and with what you can afford to lose. Best of luck.