The Serie A game at Stadio Luigi Ferraris on Sunday will see home side Sampdoria facing opposition in the form of SPAL.

Our full set of predictions, statistics and match poll for Sampdoria v SPAL can be seen below - along with the latest match odds.

Sampdoria, following on from their previous result, will be hoping for more of the same after the 1-2 Serie A victory against Lecce.

i Blucerchiati have been finding it hard to keep clean sheets recently, but they have also done enough to score goals themselves. Looking at their last 6 games, i Blucerchiati have conceded in 6 of them while also managing to get on the scoresheet in 6 of those matches. Having said that, we must now wait to see if such a trend will persist in this upcoming game.

Heading into this contest, Sampdoria have not lost a league tie with SPAL in their last 3 games.

In their last fixture, SPAL drew 2-2 in the Serie A match with AC Milan.

The stats don’t lie, and SPAL have been scored against in 5 of their last 6 matches, letting opponents get 10 goals in total. In defence, SPAL can certainly do much better.

Looking at their past head-to-head clashes dating back to 30/12/2017 shows us that Sampdoria have won 5 of these games & SPAL 1, with the number of drawn games standing at 0.

16 goals were scored between the two sides in this period, with 10 from i Blucerchiati and 6 netted by SPAL. This gives an average number of goals per game equal to 2.67.

The previous league fixture featuring these sides was Serie A match day 11 on 04/11/2019 when the final score was SPAL 0-1 Sampdoria.

In that match, SPAL had 57% possession and 14 attempts at goal with 3 on target.

At the other end, Sampdoria had 17 shots on goal with 5 on target. Gianluca Caprari (91') was the scorer.

The referee was Daniele Chiffi.

SPAL manager Luigi Di Biagio has not got a full squad to pick from. Federico Di Francesco (Thigh Problems), Ervin Zukanovic (Ankle problems) and Etrit Berisha (Hand fracture) are not able to play. Felipe cannot play in this game through suspension.

In this game, SPAL are likely to break down this Sampdoria lineup, although that might not quite be enough to avoid defeat.

We can see a narrow 2-1 winning margin for Sampdoria at the end of the match. Let’s see what eventuates.

Both Teams to Score Prediction for Sampdoria vs SPAL
Yes 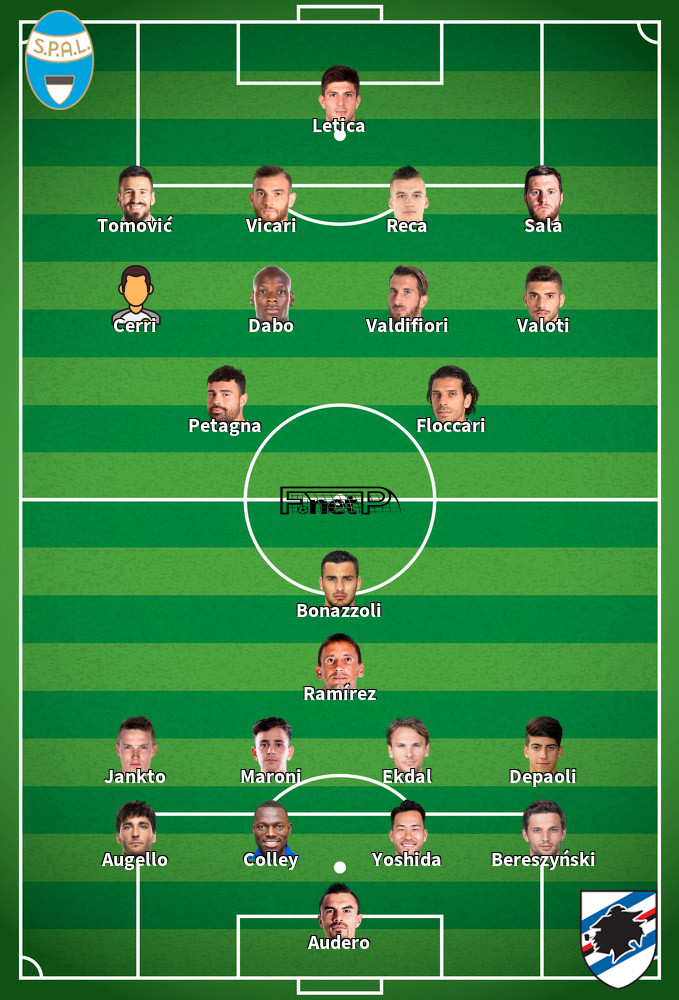 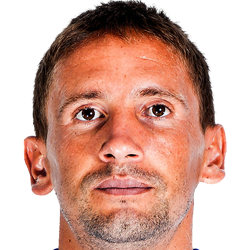 Mostly used in the Striker position, Gastón Ramírez was born in Fray Bentos, Uruguay. Having made a first senior appearance for Peñarol in the 2008 - 2009 season, the skilful Forward has managed 5 league goals in the Serie A 2019 - 2020 campaign so far coming from a total of 18 appearances.

We have made these Sampdoria v SPAL predictions for this match preview with the best intentions, but no profits are guaranteed. Please always gamble responsibly, only with money that you can afford to lose. Good luck if you do place a bet today.