Vicenza will be hosting visiting rivals SPAL at Stadio Romeo Menti in this Serie B match on Saturday.

All of our predictions, stats and the user poll for Vicenza v SPAL are shown below - plus the latest betting odds.

Vicenza enter this game following on from a 1-1 Serie B drawn game vs Salernitana.

It has not been often in recent games that Vicenza have shown defensive steel. In fact, Biancorossi have failed to prevent opponents from scoring in 5 of their previous 6 clashes, shipping 7 goals during that time.

Coming into this clash, Vicenza have not won at home in their last 6 matches in the league. Their fans aren't happy.

Last time out, SPAL drew 1-1 in the Serie B match with Empoli.

The numbers tell their own story, and SPAL have been scored against in 6 of their last 6 games, conceding 11 goals in all. At the back, SPAL certainly have room for improvement. Nonetheless, it remains to be seen if that pattern will be sustained in this upcoming game or not.

Looking at the pre-match facts, SPAL:

Vicenza had 15 attempts on goal with 4 of them on target. Nicola Dalmonte (21') and Riccardo Meggiorini (50') scored.

The referee was Marco Serra.

Regarding absentees, there’s just a single fitness concern for the Vicenza boss Domenico Di Carlo to be concerned about from a near full-strength group. Mario Ierardi (Herniated Disc) won’t play.

Out of a mainly full-strength group of players, there’s just the one fitness worry for the SPAL boss Pasquale Marino to be concerned about. Marco Tumminello (Fitness) won’t be playing here.

Looking at these two, we feel that SPAL and Vicenza could well end up finding themselves level here, with both teams capable of netting.

Little in this one, and it’s almost too close to call. We’re therefore predicting a very even match with a 1-1 scoreline at the conclusion of the game. 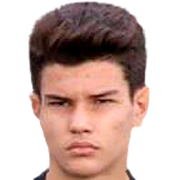 Regularly taking to the field in the Centre Midfield position, Jacopo Da Riva was born in Montebelluna, Italy. Having made a first senior appearance for Atalanta in the 2019 - 2020 season, the skilful Midfielder has contributed 3 league goals in this Serie B 2020 - 2021 season so far in 12 appearances.

We have made these Vicenza v SPAL predictions for this match preview with the best intentions, but no profits are guaranteed. Please always gamble responsibly, only with money that you can afford to lose. Good luck with your selections.