Return to this page a few days before the scheduled game when this expired prediction will be updated with our full preview and tips for the next match between these teams.
Full-Time Result Prediction for Sparta Rotterdam vs FC Groningen
Draw
Sparta Rotterdam take on visiting club FC Groningen at Sparta Stadion Het Kasteel in this Eredivisie match on Sunday.

We’ve got the feeling that FC Groningen and Sparta Rotterdam could well both score and end up finding themselves in a fairly even game here. There should be little in it, and a draw looks to be quite a realistic result. We’re therefore anticipating a score draw at the end of this game. Our tips, poll and stats for Sparta Rotterdam v FC Groningen can all be found here (plus the best game odds).

Looking at their past form shows that Sparta Rotterdam: 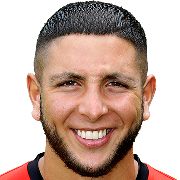 Mostly playing in the Left Wing position, Mohammed Rayhi was born in Netherlands. After making a first senior appearance for Jong PSV in the 2013 - 2014 season, the gifted Forward has got 5 league goals in the Eredivisie 2019 - 2020 campaign so far coming from a total of 21 appearances.

While we have made these predictions for Sparta Rotterdam v FC Groningen for this match preview with the best of intentions, no profits are guaranteed. Always gamble responsibly, and with what you can afford to lose. Best of luck.