Unterhaching arrive at Stadion an der Grünwalder Straße on Friday for the 3rd Liga game with home team 1860 Munich.

Our 1860 Munich v Unterhaching tips, poll and stats can be seen in full below (including the best match odds).

1860 Munich will be hoping to bounce back here following a 2-1 3rd Liga losing effort in their last game against Saarbrucken.

The only name on the scoresheet from 1860 Munich was Sascha Mölders (67'). Nicklas Shipnoski (32') and Julian Günther-Schmidt (64') scored for Saarbrucken.

Their latest results really do illustrate the point that not much more can be done by the 1860 Munich defence. 1860 have been miserly, with the total number of goals that have gone past their goalkeeper during their previous six outings standing at 4. That sort of trend won’t necessarily follow through into this next game, though.

Analysis of their past results shows that 1860 Munich:

Following on from being defeated in their last game at the hands of Duisburg in 3rd Liga competition, Unterhaching and their fans will hope to get a better result this time.

The only scorer from Unterhaching was Niclas Anspach (20'). Aziz Bouhaddouz (9') and Connor Krempicki (80') scored for Duisburg.

The stats tell the story, and Unterhaching have been scored against in 6 of their last 6 games, letting opponents get 10 goals overall. In defence, Haching have clearly had some problems.

A study of their past head to head meetings going back to 06/05/2007 reveals that these fixtures have ended in disappointment for Unterhaching. They have not managed to register any victories whatsoever whereas 1860 Munich have managed to find a way, running out winners in 83 per cent of those matches.

An aggregate of 14 goals were produced between them in these games, with 11 from 1860 and 3 netted by Haching. The average number of goals per game works out to 2.33.

The referee was Robert Kampka.

Quirin Moll (Cruciate Ligament Rupture) and Tim Linsbichler (Fitness) are not available for 1860 boss Michael Köllner. The players who will not be able to play in this game through being suspended are Stephan Salger and Marius Willsch.

We’re thinking that 1860 Munich can fashion enough chances to find the net more than once while possibly not conceding when they face Unterhaching, who will not find it easy to score themselves.

We’re tipping a controlled 2-0 victory for 1860 Munich when all’s said and done. 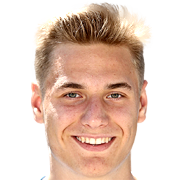 Normally used in the Centre Midfield position, Dennis Dressel was born in Germany. Having played his first senior match for 1860 Munich in the 2018 - 2019 season, the goalscoring Midfielder has accumulated 6 league goals in this 3. Liga 2020 - 2021 campaign to date coming from a total of 22 appearances.

While we have made these predictions for 1860 Munich v Unterhaching for this match preview with the best of intentions, no profits are guaranteed. Always gamble responsibly, and with what you can afford to lose.