Regensburg will be the visitors at Sportpark Ronhof Thomas Sommer on Sunday for the Bundesliga 2 fixture with hosts Greuther Furth.

View all Greuther Furth v Regensburg tips, stats and our pre-match poll below - plus the latest betting odds.

Greuther Furth fans will want a repeat of their previous result, being the 0-2 Bundesliga 2 victory vs VfL Bochum.

For Greuther Furth, the scorers were Paul Seguin (9') and Sebastian Ernst (34').

It has been all too rare in recent games that Greuther Furth have kept a clean sheet. The facts show that Greuther Fürth have failed to prevent opponents from scoring in 5 of their previous 6 clashes, shipping 6 goals along the way.

Ahead of this clash, Greuther Furth haven't lost in the league to Regensburg in their previous 4 matches.

After a losing effort in their last game against Osnabruck in Bundesliga 2 action, Regensburg and their fans will hope to get a better result this time.

Mersad Selimbegović's Regensburg have converted a total of 9 times in the course of their latest sextet of matches. The aggregate of goals that have been scored against them during those same clashes adds up to 9.

Looking at the pre-match facts, Regensburg:

An examination of their past head-to-head clashes going back to 04/11/2017 tells us that Greuther Furth have won 3 of these and Regensburg 2, with the number of drawn matches standing at 1.

In all, 15 goals were scored between the two sides during those clashes, with 9 from Greuther Fürth and 6 created by Regensburg. The average goals per game has been 2.5.

The previous league game between these clubs was Bundesliga 2 match day 20 on 31/01/2020 when the final score was Regensburg 0-2 Greuther Furth.

Greuther Furth manager Stefan Leitl does not have any fitness concerns to speak of coming into this clash with a fully injury-free group ready to go.

Out of a mainly full-strength group of players, there is only the lone fitness worry for the Regensburg boss Mersad Selimbegović to be concerned about. Markus Palionis (Ill) won’t be in action.

We think that Regensburg will really need to work well to break down this Greuther Furth side who will likely end up scoring and staying ahead.

We’re therefore seeing a narrow 1-0 win for Greuther Furth at the conclusion of the game. 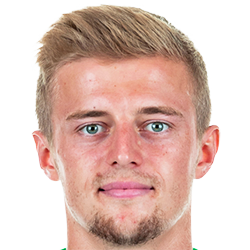 Mostly played in the Centre Midfield position, Sebastian Ernst was born in Neustadt am Rbge., Germany. Having played his first senior match for Magdeburg in the 2015 - 2016 season, the goalscoring Midfielder has netted 2 league goals in the Bundesliga 2 2020 - 2021 campaign so far coming from a total of 7 appearances.

We have made these Greuther Furth v Regensburg predictions for this match preview with the best intentions, but no profits are guaranteed. Please always gamble responsibly, only with money that you can afford to lose. Good luck if you do place a bet today.