Regensburg will visit BWT-Stadion am Hardtwald on Sunday for the Bundesliga 2 tie with home team SV Sandhausen.

To see all of our predictions, user poll & stats for SV Sandhausen v Regensburg, scroll down - plus the latest betting odds.

SV Sandhausen are hoping to win again after their last result, a 0-1 Bundesliga 2 victory against Fortuna Dusseldorf.

It has been all too rare in recent games that SV Sandhausen have managed to hold out for a full 90 minutes. It will be a concern for them that SV Sandhausen have failed to prevent opponents from scoring in 5 of their previous 6 matches, leaking 13 goals along the way. Nonetheless, we’ll just have to find out whether that trend will continue on in this next match.

Going into this encounter, SV Sandhausen are without a home win in the past 8 matches in the league. It's been disappointing.

After suffering a loss in their previous game against Darmstadt in Bundesliga 2 action, Regensburg and their fans will hope to get a better result this time.

In that match, Regensburg managed 49% possession and 14 attempts on goal with 5 on target. On the other side, SV Darmstadt 98 got 14 attempts at goal with 3 on target. Emir Karic (70') and Tobias Kempe (93') scored for Darmstadt.

The numbers tell their own story, and Regensburg have been scored against in 6 of their last 6 matches, letting opponents get 16 goals in all. At the back, Regensburg could really do with shoring things up.

Analysis of their past results shows that Regensburg:

A review of their most recent head-to-head meetings going back to 19/05/2019 shows us that SV Sandhausen have won 1 of these games & Regensburg 3, with the tally of draws being 2.

An aggregate of 14 goals were scored between the two sides during those clashes, with 5 of them from Sandhausen and 9 being from Regensburg. That is an average goals per game value of 2.33.

The previous league match between these sides was Bundesliga 2 match day 2 on 31/07/2021 which ended up with the score at Regensburg 3-0 SV Sandhausen.

At the other end, SV Sandhausen got 15 attempts on goal with 3 on target.

With a completely injury-free squad available for selection, the Regensburg manager Mersad Selimbegović does not have any fitness worries to speak of ahead of this match. David Otto is ineligible for this match because of suspension.

We’re thinking that SV Sandhausen might well have a job on their hands to break down this Regensburg side who we reckon will just have the edge.

We’re therefore seeing a 0-1 winning score for Regensburg at the end of the 90. 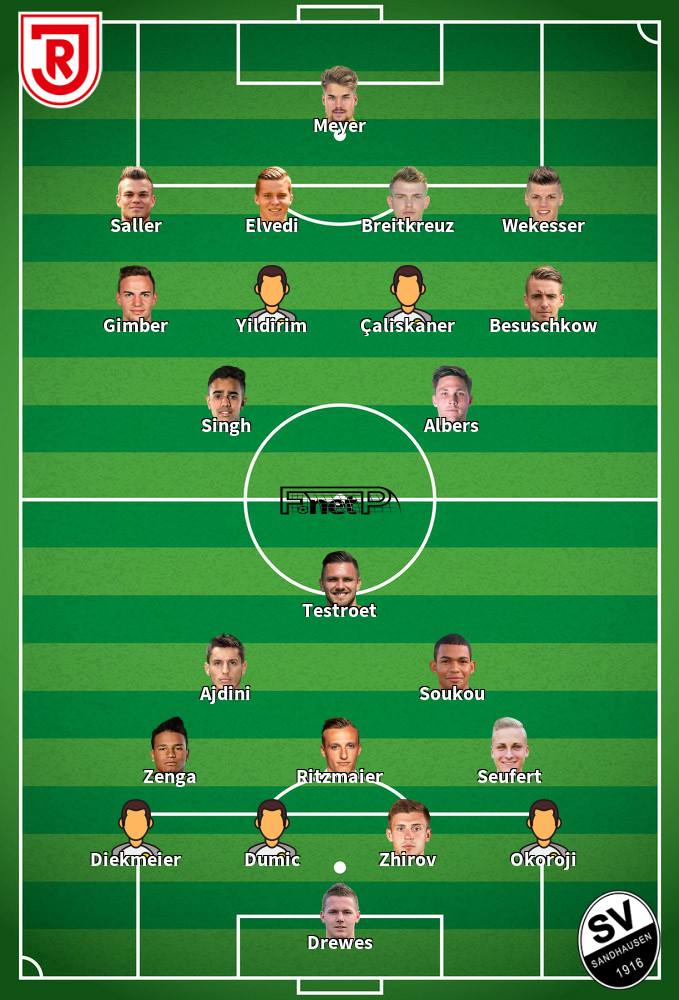 Generally taking up the Central Defensive Midfielder position, Janik Bachmann was born in Germany. Having made a first senior appearance for Chemnitzer FC in the 2017 - 2018 season, the accomplished Midfielder has managed to score 2 league goals in the 2. Bundesliga 2021 - 2022 season to date coming from a total of 17 appearances.

We have made these SV Sandhausen v Regensburg predictions for this match preview with the best intentions, but no profits are guaranteed. Please always gamble responsibly, only with money that you can afford to lose.