This VfL Bochum v Regensburg live stream video is scheduled for 05/05/2021. Football fans can watch this clash on a live streaming service if this match is included in the schedule mentioned above. Here we arm you with useful info for watching this Bundesliga 2 match including the most recent guide to form, head to head clashes and our game tips.

In order to watch this game using other sources, check tv listings in your locality. Such broadcasting rights are typically distributed on a per-competition/league or even per-match arrangement basis. For games shown live on regional tv programmes, check the schedules on the likes of BT Sport, Amazon Prime Video, Sky Sports, Now TV, iTV, Canal+, Fox Soccer, ESPN relevant to your location.

Where the abovementioned broadcaster is showing VfL Bochum v Regensburg soccer live streaming service, you can view the game on a mobile (iPhone, Android including Samsung Galaxy) and desktop as well as tablet (eg iPad, Alba).

Post-game, we may also link to the match highlights from time to time. We are not responsible for the transmission of any match video content linked to from here. All legal issues must be dealt with via the hosters/owners of this content.

Regensburg journey to Vonovia Ruhrstadion on Sunday for the Bundesliga 2 meeting with home team VfL Bochum.

For all of our match predictions, pre-game poll and statistics for VfL Bochum v Regensburg, scroll down - plus the latest match odds.

VfL Bochum will be looking to improve on their last outing here following the 3-1 Bundesliga 2 defeat in their last game at the hands of Darmstadt.

In that match, VfL Bochum had 65% possession and 8 attempts at goal with 2 on target. The only player on the scoresheet for VfL Bochum was Robert Tesche (74'). For their opponents, SV Darmstadt 98 got 12 shots at goal with 6 on target. Christian Clemens (79') and Serdar Dursun (81', 86') scored for Darmstadt.

Three or more goals per game were seen in 5 of the last 6 meetings where VfL Bochum have been involved. Their opponents scored 10 of them in this period whereas Bochum managed to get a total of 12. Such a pattern might not be carried forward into this next game, of course.

Coming into this contest, VfL Bochum are unbeaten in their previous 2 home league matches.

In the game prior to this, Regensburg drew 1-1 in the Bundesliga 2 match with Hamburg.

The strike force from Regensburg have had real problems scoring goals over their last six clashes, netting the poor return of only 4. In those fixtures, Regensburg have also seen the collective goal tally of opposing teams equal 9.

A look at their past head to head meetings dating back to 13/05/2018 tells us that VfL Bochum have won 1 of these games and Regensburg 3, with the tally of drawn matches standing at 2.

The previous league meeting between the two was Bundesliga 2 match day 15 on 10/01/2021 and the score finished Regensburg 0-2 VfL Bochum.

Owing to an otherwise full-strength group, there’s only the sole fitness problem for the Regensburg manager Mersad Selimbegović to be concerned about. Sebastian Nachreiner (Torn Muscle Fibre) won’t be in action. Benedikt Gimber is ineligible for this match because of suspension.

VfL Bochum will most probably dominate on the ball and be rewarded with decent chances.

However, Regensburg might well find it a difficult task to score a goal of their own although we do see them hitting back at some stage here.

Our selection here is for a pretty comfortable 3-1 win for VfL Bochum after 90 minutes. 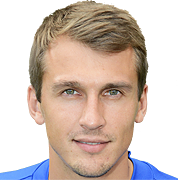 Mostly played in the Centre Midfield position, Robert Tesche was born in Wismar, Germany. After having made a senior debut playing for Arminia Bielefeld in the 2006 - 2007 season, the gifted Midfielder has managed to score 7 league goals in the Bundesliga 2 2020 - 2021 season so far coming from a total of 31 appearances.

While we have made these predictions for VfL Bochum v Regensburg for this match preview with the best of intentions, no profits are guaranteed. Always gamble responsibly, and with what you can afford to lose. Good luck if you do place a bet today.

⚽️ Where can I get the previews for other Bundesliga 2 games?

Look at all of the upcoming (and previous) Bundesliga 2 predictions & previews here.