The Super League game at Stadion Letzigrund on Sunday sees hosts FC Zürich take to the field against St Gallen.

Our FC Zürich v St Gallen predictions, statistics and match poll can be seen below - plus the latest match odds.

FC Zürich enter this match following on from a 2-2 Super League drawn result vs FC Luzern.

It has not been often in recent times where FC Zürich haven’t conceded. The reality is that FC Zürich have seen their defence breached in 5 of their previous 6 clashes, letting in 7 goals on the way. Despite that, time will tell whether that pattern will continue on in this upcoming game.

In the game prior to this, St Gallen drew 1-1 in the Super League match with FC Basel 1893.

In that game, St Gallen managed 59% possession and 32 attempts on goal with 10 on target. The only player on the scoresheet for St Gallen was Jérémy Guillemenot (5'). At the other end, Basel got 12 attempts at goal with 5 of them on target. Zeki Amdouni (30') scored for FC Basel 1893.

Looking at the statistics for their head to head meetings stretching back to 12/05/2021, both clubs have shared the honours with FC Zürich winning 2 of those games, St Gallen 2 and 2 being draws in normal time.

The last league game featuring these sides was Super League match day 3 on 30/07/2022 which ended up with the score at St Gallen 2-0 FC Zürich.

For their opponents, FC Zürich got 21 attempts on goal with 10 on target.

Thanks to a fully injury-free group available to choose from, the St Gallen boss Peter Zeidler doesn’t have any fitness worries whatsoever before this clash.

We are of the inclination to think that St Gallen and FC Zürich should both be able to score more than once here although it’s hard to pick a clear winner.

Let’s see how this one goes, but it looks this could have goals and the potential for a draw. Our tip is therefore for a very even contest with a 2-2 draw when the full-time whistle blows. 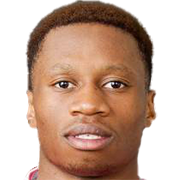 Customarily taking to the field in the Left Wing position, Jonathan Okita was born in Cologne, Germany. After having played his first senior match for MVV in the 2017 - 2018 season, the talented Forward has got 3 league goals in the Super League 2022 - 2023 season to date in a total of 12 appearances.

We have made these FC Zürich v St Gallen predictions for this match preview with the best intentions, but no profits are guaranteed. Please always gamble responsibly, only with money that you can afford to lose. Good luck with your selections.