Return to this page a few days before the scheduled game when this expired prediction will be updated with our full preview and tips for the next match between these teams.
Full-Time Result Prediction
👉
Strømsgodset IF to Win

The Eliteserien clash at Marienlyst Stadion on Sunday sees hosts Strømsgodset IF go up against opponents Stabæk.

All Strømsgodset IF v Stabæk match predictions, user poll and stats are shown below - plus the latest match odds.

Strømsgodset IF go into this game after a 1-1 Eliteserien stalemate versus Viking FK.

Matches involving Strømsgodset IF have often been lively encounters recently with high scoring expected. Over their past 6 clashes, a total of 22 goals have flown in for both teams combined (at an average of 3.67 goals per game) with 9 of them belonging to Godset. Having said that, time will tell whether that pattern will be maintained here in this match.

Their past results show that Strømsgodset IF:

Following on from a loss in their previous game against Sandefjord in Eliteserien competition, Stabæk and their fans will hope to get a better result this time.

Illustrating their predisposition for productive encounters, goals have been celebrated 21 times in the last 6 matches in which Stabæk have sent out their troops, making it an average of 3.5 goals each fixture. Their opponents have managed 16 of these goals.

Taking a look at their past results, Stabæk:

Looking at their past head to head meetings stretching back to 11/03/2018 shows that these fixtures have not been good ones for Strømsgodset IF. They have not been able to come away with any wins at all while Stabæk have been too good for them, beating them in 67% of those games where they have faced each other.

A combined total of 19 goals were scored between them throughout the course of those matches, with 5 of them for Godset and 14 created by De Blaa. That’s an average goals per game figure of 3.17.

The last league contest between these clubs was Eliteserien match day 30 on 22/12/2020 which finished with the scoreline of Strømsgodset IF 0-4 Stabæk.

It doesn’t get much better regarding selection, with just the lone fitness concern for the Strømsgodset IF gaffer Bjørn Ingebretsen to contend with from a near full-strength squad. Lars-Jörgen Salvesen (Cruciate Ligament Rupture) misses out.

Thanks to a completely healthy group available for selection, Stabæk manager Jan Jönsson does not have any fitness concerns at all before this match.

We’re thinking that Strømsgodset IF are likely to convert a lot of goal-scoring opportunities.

At the same time, Stabæk could well struggle to break down their defence but we do think that it’s more than likely that they will be being dangerous at times, too.

Accordingly, we see a controlled 3-1 margin for Strømsgodset IF come full-time. 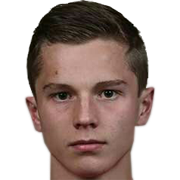 Customarily played in the Centre Midfield position, Johan Hove was born in Norway. After having made a senior debut playing for Sogndal in the 2016 season, the gifted Midfielder has accumulated 2 league goals in this Eliteserien 2021 campaign to date coming from a total of 11 appearances.

While we have made these predictions for Strømsgodset IF v Stabæk for this match preview with the best of intentions, no profits are guaranteed. Always gamble responsibly, and with what you can afford to lose. Best of luck with your selections.