Return to this page a few days before the scheduled game when this expired prediction will be updated with our full preview and tips for the next match between these teams.
Full-Time Result Prediction
👉
Stabæk to Win

Tromsø IL head to Nadderud Stadion on Monday for the Eliteserien clash with home side Stabæk.

Our tips, poll and stats for Stabæk v Tromsø IL can all be found here including the latest game odds.

Stabæk will be hoping to bounce back here following the 4-2 Eliteserien loss in their previous game against Rosenborg BK.

In that game, Stabæk managed 41% possession and 9 shots at goal with 5 on target. For Stabæk, the goalscorers were Simen Wangberg (14') and Oliver Edvardsen (91'). Rosenborg BK had 16 attempts at goal with 4 on target. Rasmus Wiedesheim-Paul (47'), Emil Ceide (61'), Kristoffer Zachariassen (74') and Besim Šerbečić (77') scored for Rosenborg BK.

Fixtures with Stabæk have usually been exciting encounters lately with a lot of goalmouth action the rule rather than the exception. Over their past half dozen games, a total of 20 goals have been recorded for both teams combined (at an average of 3.33 goals per game) with 12 of these coming from De Blaa. Such a pattern won’t necessarily follow through into this game, of course.

Looking at the pre-match facts, Stabæk:

Since tasting defeat last time out to Sarpsborg 08 in Eliteserien competition, Tromsø IL will be hoping to turn things around here.

Looking at their form, and Tromsø IL have been scored against in 5 of their last 6 matches, conceding 12 goals in all. In defence, Gutan have been far from perfect.

Leading up to this clash, Tromsø IL:

Checking on their prior head-to-head clashes stretching back to 23/04/2017 shows us that Stabæk have won 1 of these games & Tromsø IL 2, with the number of drawn games standing at 3.

A combined sum of 11 goals were scored between the two sides throughout the course of those matches, with 6 of them for De Blaa and 5 belonging to Gutan. That’s an average goals per game of 1.83.

The previous league game featuring these clubs was Eliteserien match day 30 on 01/12/2019 when it finished Tromsø IL 1-1 Stabæk.

Stabæk boss Jan Jönsson will be grateful to have no fitness concerns to speak of before this match owing to a completely healthy squad available to choose from.

Due to a completely injury-free squad ready to go, Tromsø IL manager Gaute Helstrup has zero fitness concerns whatsoever before this match.

Tromsø IL may find it difficult to see themselves scoring against this Stabæk outfit who we reckon should emerge victorious.

We’re therefore tipping a very even contest with a 1-0 winning score for Stabæk at the end of the 90 minutes. 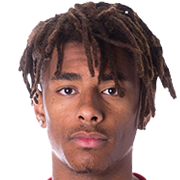 Regularly played in the Centre Midfield position, Sammy Skytte was born in Denmark. After having made a senior debut playing for Silkeborg IF in the 2016 - 2017 season, the gifted Midfielder has hit 2 league goals in the Eliteserien 2021 campaign to date from a total of 4 appearances.

While we have made these predictions for Stabæk v Tromsø IL for this match preview with the best of intentions, no profits are guaranteed. Always gamble responsibly, and with what you can afford to lose.