Brest play host to away team Reims at Stade Francis-Le Blé in this Ligue 1 game on Sunday.

Our Brest v Reims predictions, statistics and match poll can be seen below - as well as the best betting odds.

Brest will be hoping for a better result after a 2-1 Ligue 1 loss in their previous game against Nice.

In that match, Brest had 30% possession and 6 attempts on goal with 2 on target. The only player on the scoresheet for Brest was Franck Honorat (92'). OGC Nice got 19 shots at goal with 8 on target. Jean-Clair Todibo (45') and Melvin Bard (61') scored for Nice.

It has not been often in recent times where Brest have kept a clean sheet. The facts show that Brest have been scored against in 6 of their previous 6 clashes, leaking 12 goals on the way. Regardless, we must now wait to see if that pattern will be replicated in this next game.

Heading into this fixture, Brest have not won at home in their last 9 league matches. They will be so desperate to end this run.

Since a losing effort in their last game against RC Lens in Ligue 1 competition, Reims and their travelling supporters will be hoping that they can get a better result in this one.

In that match, Reims managed 39% possession and 3 attempts at goal with 0 of them on target. On the other side, RC Lens had 13 shots on goal with 7 on target. Arnaud Kalimuendo-Muinga (45', 52') scored for RC Lens.

Óscar García's Reims have turned their attacks into goals 6 times throughout their latest 6 matches. The number of goals that they have conceded during those same matches comes to 7.

Their previous form shows that Reims:

Looking at their prior head-to-head meetings going back to 11/09/2017 tells us that Brest have won 3 of these and Reims 2, with the tally of draws standing at 1.

A combined total of 7 goals were produced between them in these games, with 4 for Les Ty' Zefs and 3 being from Les rouges et blancs. The average number of goals per game works out to 1.17.

In that match, Reims had 35% possession and 12 shots at goal with 2 of them on target. Their only player on the scoresheet was Nathanaël Mbuku (40').

For their opponents, Brest had 16 attempts on goal with 0 of them on target.

We’re thinking that Reims are capable enough to breach the defence of this Brest team, although it probably won’t quite be as many as they will have scored against them.

Our tip is for a narrow 2-1 winning margin for Brest at the end of the match. It really should be an interesting one. 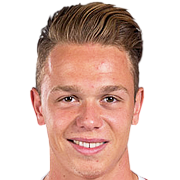 Usually deployed in the Striker position, Irvin Cardona was born in Nîmes, France. After making a first senior appearance for Monaco in the 2016 - 2017 season, the goalscoring Forward has managed 2 league goals in this Ligue 1 2021 - 2022 season so far from a total of 9 appearances.

We have made these Brest v Reims predictions for this match preview with the best intentions, but no profits are guaranteed. Please always gamble responsibly, only with money that you can afford to lose.