Return to this page a few days before the scheduled game when this expired prediction will be updated with our full preview and tips for the next match between these teams.
Full-Time Result Prediction for Stevenage vs Grimsby Town
Draw

Our feeling is that Grimsby Town and Stevenage could both well score here although it’s hard to see a clear-cut winner. A close call, and we think a draw is quite likely. We’re therefore expecting a close game with a 1-1 score draw at the end of this game. View all of the Stevenage v Grimsby Town predictions, poll and stats below (inc. the best betting odds).

Looking at the pre-match facts, Stevenage: 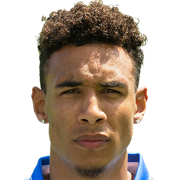 Mostly playing in the Striker position, Kurtis Guthrie was born in England. After having made a senior debut playing for Accrington Stanley in the 2011 - 2012 season, the accomplished Forward has contributed 3 league goals in the League Two 2019 - 2020 season to date in 11 appearances.

While we have made these predictions for Stevenage v Grimsby Town for this match preview with the best of intentions, no profits are guaranteed. Always gamble responsibly, and with what you can afford to lose. Good luck!