Return to this page a few days before the scheduled game when this expired prediction will be updated with our full preview and tips for the next match between these teams.
Full-Time Result Prediction for Stirling Albion vs Cove Rangers
Cove Rangers to Win
Stirling Albion come up against visiting rivals Cove Rangers at Forthbank Stadium in the League Two meeting on Saturday.

We believe that Stirling Albion have it within them to get a goal against this Cove Rangers team, but a single goal probably shouldn’t be as many as they will have scored against them. We’ve gone for both teams to score in a 1-2 advantage for Cove Rangers by the conclusion of the game. Looking forward to this. Our Stirling Albion v Cove Rangers tips, poll and stats can be seen in full below - plus the latest match odds.

Heading into this contest, Stirling Albion are without a win at home for the past 2 league matches. 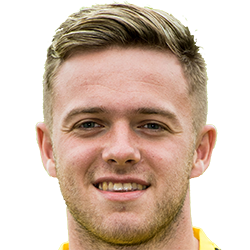 Normally playing in the Striker position, Josh Peters was born in Scotland. Having played his first senior match for Forfar Athletic in the 2016 - 2017 season, the skilful Forward has bagged 4 league goals in the League Two 2019 - 2020 campaign so far in 9 appearances.

While we have made these predictions for Stirling Albion v Cove Rangers for this match preview with the best of intentions, no profits are guaranteed. Always gamble responsibly, and with what you can afford to lose. Best of luck with your selections.