Stirling Albion will be hosting away team Stranraer at Forthbank Stadium in this League Two fixture on Saturday.

Scroll down for all of our predictions, poll and stats for the Stirling Albion v Stranraer game - plus the latest betting odds.

Stirling Albion, who won their previous game, will hope for a similar result following the 3-1 League Two success over Stenhousemuir.

Stranraer will come into the game following a 1-3 League Two win to beat East Fife in their most recent match.

Stranraer have regularly broken through opposing defences of late, scoring 10 goals in their previous 6 matches. This doesn’t mask the fact that Stranraer can also improve defensively after being scored against in 6 of those same outings. That pattern isn’t assured to be sustained here, however.

Heading into this fixture, Stranraer have not registered a win against Stirling Albion in games played away from home for the previous 4 matches in the league. They'll be keen to stop this run.

An examination of their prior head-to-head meetings stretching back to 21/08/2021 tells us that Stirling Albion have won 3 of these games & Stranraer 1, with the tally of drawn games being 2.

An aggregate of 21 goals were yielded between them in these games, with 13 of them from The Binos and 8 created by The Blues. That is an average goals per game value of 3.5.

The last league encounter featuring the two was League Two match day 16 on 03/12/2022 when the final score was Stranraer 3-1 Stirling Albion.

The match was refereed by Lloyd Wilson.

The Stirling Albion manager Darren Young has no fitness worries whatsoever before this clash thanks to a completely injury-free squad to pick from.

Out of a mainly available squad, there’s only the lone fitness problem for the Stranraer gaffer Jamie Hamill to contend with. Paul Woods (Cruciate Ligament Rupture) won’t be in action.

It’s looking like Stranraer will need to be at their best to find the back of the net against a Stirling Albion outfit who will most probably control this match, should everything go as we’re expecting.

We predict a 3-0 win for Stirling Albion at the end of this one. 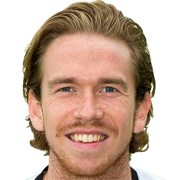 Regularly taking up the Striker position, Robert Thomson was born in Paisley, Scotland. After having made a senior debut playing for Alloa Athletic in the 2012 - 2013 season, the skilful Forward has got 6 league goals in this League Two 2022 - 2023 season to date coming from a total of 16 appearances.

We have made these Stirling Albion v Stranraer predictions for this match preview with the best intentions, but no profits are guaranteed. Please always gamble responsibly, only with money that you can afford to lose. Good luck if you do place a bet today.