Not long now until FA Cup action scheduled for Monday as Stockport County will take on West Ham United.

It has been seldom in recent games that Stockport County have managed to hold out for a full 90 minutes. It will be a concern for them that The Hatters have been scored against in 5 of their previous 6 matches, giving up 9 goals along the way. That kind of pattern might not be carried forward here, however.

West Ham United come into this encounter after a 0-1 Premier League win against Everton in their last game.

David Moyes's West Ham United have slotted home a total of 6 times throughout their latest 6 matches. The total of goals that they have conceded during the equivalent period comes to 7.

Stockport County boss Jim Gannon has no fitness concerns at all before this game owing to a fully healthy squad available to select from.

Out of a mainly available group, there is just the sole fitness worry for the West Ham United gaffer David Moyes to be concerned about. Arthur Masuaku (Knee Surgery) won’t be playing here.

We feel that Stockport County will likely create enough chances to get a goal against this West Ham United outfit, although one goal may not be as many as they’ll concede.

We can see a 1-2 victory for West Ham United when the full-time whistle blows. 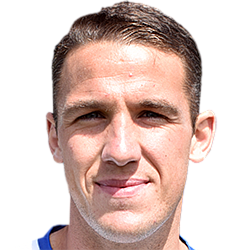 Generally deployed in the Centre Midfield position, John Rooney was born in Liverpool, England. Having made a first senior appearance for Macclesfield Town in the 2007 - 2008 season, the dangerous Midfielder has struck 7 league goals in this National League 2020 - 2021 campaign so far from a total of 12 appearances.

We have made these Stockport County v West Ham United predictions for this match preview with the best intentions, but no profits are guaranteed. Please always gamble responsibly, only with money that you can afford to lose.