Return to this page a few days before the scheduled game when this expired prediction will be updated with our full preview and tips for the next match between these teams.
Wigan host visiting opponents Stoke City at DW Stadium in the Championship tie on Tuesday. Our tips, poll and stats for Wigan v Stoke City can all be found here - plus the latest match odds.

Their more recent scorelines highlight the fact that there has been much resilience in the Wigan Athletic backline. The Latics have given the opposition little, seeing the tally of goals that have gone in at their end over the course of their previous 6 clashes standing at 0. That aside, we will just have to wait and see whether that trend shall be replicated in this game.

Looking at their past form shows that Wigan:

For 5 of the prior 6 games involving Stoke City, a notably low volume of goals have been struck between them and opposing sides. The overall average number of goals per game within that period comes out as a meagre 2.33, with the average goals for The Potters standing at 1.5.

Leading up to this clash, Stoke City:

Looking at their most recent head to head meetings dating back to 01/09/2012 tells us that Wigan have won 1 of them & Stoke City 2, with the number of drawn games standing at 3.

An aggregate of 15 goals were scored between them in these games, with 8 of them from The Latics and 7 coming from The Potters. That is an average goals per game value of 2.5.

The last league fixture featuring these clubs was Championship match day 17 on 23/11/2019 which finished with the scoreline of Stoke City 2-1 Wigan Athletic. In that game, Stoke City had 60% possession and 16 shots at goal with 4 on target. The goalscorers were Danny Batth (55') and Mame Biram Diouf (93'). At the other end, Wigan Athletic got 10 attempts at goal with 2 on target. Sam Morsy (39') scored. The referee was Geoff Eltringham.

There aren’t many personnel worries, with just one fitness concern for the Wigan boss Paul Cook to be concerned about from an otherwise complete group of players. Antonee Robinson (Heart Condition) is sidelined.

Stoke boss Michael O'Neill has not got a full squad to pick from. Ryan Shawcross (Fractured Foot) and Joe Allen (Achilles tendon rupture) will miss out on this game.

In our view, Stoke City and Wigan won’t have much between them here, and goals could be hard to come by. There should be little in it, and a draw looks quite a realistic result. We’re therefore expecting a very close game with a 0-0 scoreline when all is said and done.

Over/Under 2.5 Goals Prediction for Wigan vs Stoke City
Under 2.5 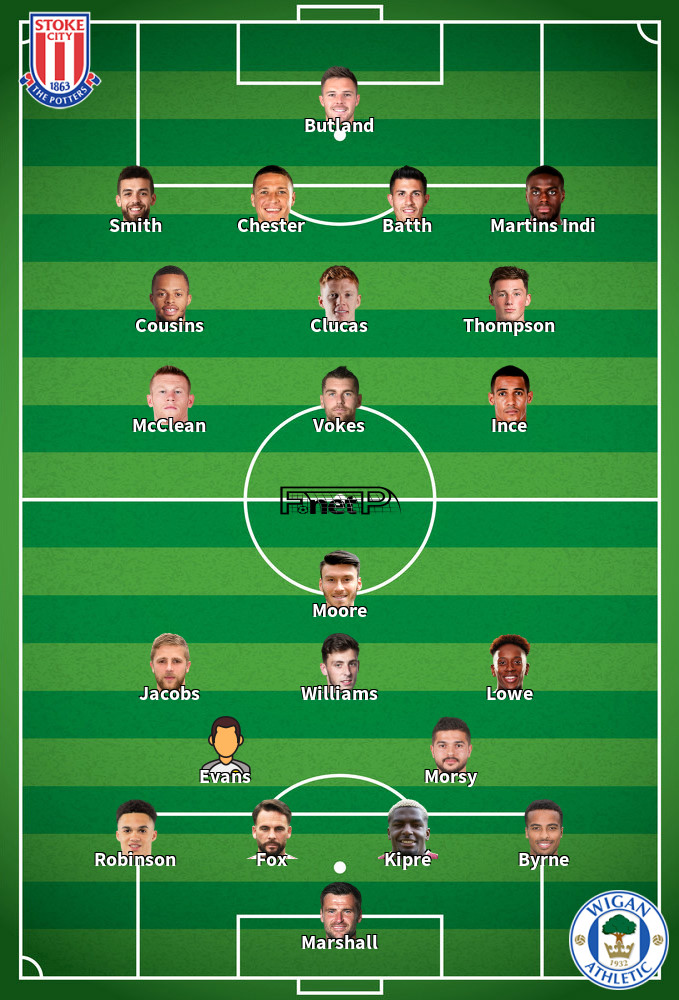 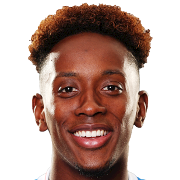 Normally taking up the Right Attacking Midfielder position, Jamal Lowe was born in England. Having made a first senior appearance for Barnet in the 2012 - 2013 season, the accomplished Midfielder has hit 4 league goals in the Championship 2019 - 2020 campaign to date coming from a total of 38 appearances.

We have made these Wigan v Stoke City predictions for this match preview with the best intentions, but no profits are guaranteed. Please always gamble responsibly, only with money that you can afford to lose. Good luck!