TSV Hartberg arrive at Merkur-Arena on Sunday for the Bundesliga meeting with home side Sturm Graz. Our Sturm Graz v TSV Hartberg predictions, statistics and match poll can be seen below - as well as up-to-date odds.

It has been all too rare in recent games where Sturm Graz have managed to hold out for a full 90 minutes. The reality is that die Schwoazn have failed to prevent opponents from scoring in 5 of their previous 6 matches, leaking 10 goals during that time. That sort of trend might not be continued into this match, of course.

Since a loss in their previous game against WSG Swarovski Tirol in Bundesliga competition, TSV Hartberg and their travelling supporters will be hoping that they can get a better result in this one. Stefan Maierhofer (73'), Fabian Koch (76') and Kelvin Yeboah (81') scored for WSG Swarovski Tirol.

The last league match between these clubs was Bundesliga match day 14 on 09/11/2019 when the final score was Sturm Graz 3-1 TSV Hartberg. The referee was Sebastian Gishamer.

There is just a single fitness concern for the Sturm Graz gaffer Nestor El Maestro to be concerned with from an otherwise fully-primed group of players. Michael John Lema (Cruciate ligament injury) won’t play.

We’re thinking that TSV Hartberg are certainly able to put one past this Sturm Graz lineup, but it realistically won’t be as many as the goals that they could concede. We are anticipating a 2-1 winning margin for Sturm Graz by the time that the referee blows the final whistle. Let’s see what eventuates. 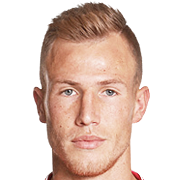 Typically playing in the Striker position, Bekim Balaj was born in Reç, Albania. Having made a first senior appearance for Gençlerbirliği in the 2010 - 2011 season, the talented Forward has bagged 6 league goals in this Bundesliga 2019 - 2020 season so far in a total of 21 appearances.

While we have made these predictions for Sturm Graz v TSV Hartberg for this match preview with the best of intentions, no profits are guaranteed. Always gamble responsibly, and with what you can afford to lose. Good luck!