The Bundesliga 2 match at Stadion an der Bremer Brücke on Sunday will see home side Osnabruck facing opposition in the form of Darmstadt.

Scroll down to see all of the predictions, poll and statistics for Osnabruck v Darmstadt - plus the latest match odds.

Osnabruck go into this game after a 0-0 Bundesliga 2 drawn game versus VfL Bochum.

Over their preceding six fixtures, Marco Grote's Osnabruck have netted 10 times - an average number of goals per match equal to 1.67.

Their past results show that Osnabruck:

Darmstadt will come into the match after a 2-3 Bundesliga 2 win as they beat Nuremberg in their most recent fixture.

Proving their predisposition for high-scoring matches, goals have been celebrated 23 times in the last 6 games in which Darmstadt have taken to the pitch, giving a mean average of 3.83 goals for each clash. Opposing teams have managed 9 from this total. Nevertheless, we will just have to wait and see whether the trend will be sustained in this next game.

A glance at their past head to head clashes going back to 26/09/2012 shows us that Osnabruck have won 3 of these games and Darmstadt 1, with the tally of draws standing at 2.

An aggregate of 14 goals were yielded between them during those clashes, with 10 from Osnabrück and 4 created by Darmstadt. This gives an average number of goals per game equal to 2.33.

Osnabruck boss Marco Grote will be happy not to have any fitness concerns at all before this match thanks to a fully healthy squad to choose from.

Owing to an otherwise full-strength squad, there’s only the sole fitness issue for the Darmstadt manager Markus Anfang to contend with. Immanuel Höhn (Fracture-dislocation of the ankle) won’t be in action.

Here is a game where Osnabruck could find themselves struggling to see themselves scoring against this Darmstadt side who we think might do enough to score at the other end and edge ahead.

We’re therefore predicting a very competitive game with a 0-1 victory for Darmstadt when the full-time whistle blows.

Over/Under 2.5 Goals Prediction for Osnabruck vs Darmstadt
Under 2.5 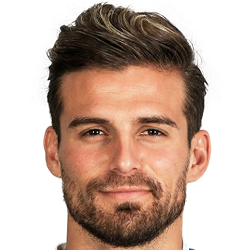 Generally used in the Striker position, Christian Santos was born in Puerto Ordaz, Venezuela. Having played his first senior match for NEC in the 2014 - 2015 season, the gifted Forward has scored 3 league goals in this Bundesliga 2 2020 - 2021 season so far coming from a total of 3 appearances.

While we have made these predictions for Osnabruck v Darmstadt for this match preview with the best of intentions, no profits are guaranteed. Always gamble responsibly, and with what you can afford to lose. Best of luck.