SV Ried face a fresh challenge on Sunday as they prepare for their looming ÖFB Cup match versus Wolfsberger AC.

Wolfsberger AC won’t want a repeat of their last result here following the 2-4 Bundesliga loss in their previous game against SKN St. Pölten.

It has not been often in recent games where Wolfsberger AC have kept a clean sheet. In fact, Wolfsberger have been scored against in 5 of their previous 6 clashes, shipping 13 goals along the way. That trend isn’t assured to be carried forward into this next game, though.

Following on from being defeated in their last game at the hands of FC Trenkwalder Admira in Bundesliga action, SV Ried and their travelling fans will hope for a better result here.

Showing their involvement in action-packed matches, we’ve had goals 27 times in the prior 6 matches in which SV Ried have taken to the pitch, giving an average of 4.5 goals each fixture. Their opponents have got 11 of this grand total.

Looking over their prior head to head clashes stretching back to 12/12/2015 shows that Wolfsberger AC have won 4 of these games and SV Ried 1, with the number of drawn games being 1.

A combined sum of 7 goals were scored between them during those clashes, with 5 of them for Wolfsberger and 2 belonging to SV Ried. The average goals per game has been 1.17.

Wolfsberger AC look likely to create enough chances to score more than one when they play SV Ried, who won’t find it easy scoring.

We’re predicting a decent 2-0 victory for Wolfsberger AC at the end of this one.

Over/Under 2.5 Goals Prediction for Wolfsberger AC vs SV Ried
Under 2.5 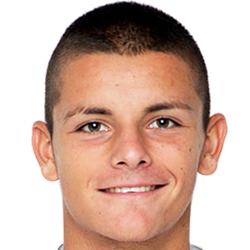 Regularly taking up the Striker position, Dejan Joveljić was born in Bijeljina, Bosnia and Herzegovina. Having played his first senior match for Crvena Zvezda in the 2017 - 2018 season, the dangerous Forward has bagged 2 league goals in this Bundesliga 2020 - 2021 campaign so far from a total of 4 appearances.

We have made these Wolfsberger AC v SV Ried predictions for this match preview with the best intentions, but no profits are guaranteed. Please always gamble responsibly, only with money that you can afford to lose. Best of luck with your selections.