Return to this page a few days before the scheduled game when this expired prediction will be updated with our full preview and tips for the next match between these teams.
Full-Time Result Prediction
👉
SV Sandhausen to Win

Scroll down for all of our predictions, poll and stats for the SV Sandhausen v Osnabruck game - plus the latest betting odds.

SV Sandhausen will be wanting a better result here following a 2-1 Bundesliga 2 defeat last time out to SC Paderborn 07.

The only scorer from SV Sandhausen was Besar Halimi (15'). Dennis Srbeny (36') and Christopher Antwi-Adjej (74') scored for SC Paderborn 07.

Sandhausen have not been the best at stopping their opponents lately, but they’ve also found ways to score goals themselves. Analysis of their previous 6 games shows that Sandhausen have been punished defensively in 5 of them as well as getting on the scoresheet in 6 of those matches. That trend won’t necessarily follow through into this next game, of course.

After suffering a loss in their previous game against Heidenheim in Bundesliga 2 competition, Osnabruck and their fans will hope to get a better result this time.

The only player to score from Osnabruck was Christian Santos (88'). Tim Kleindienst (42') and Oliver Hüsing (50') scored for Heidenheim.

Looking at their form, and Osnabruck have been scored against in 6 of their last 6 games, seeing their opponents hit 8 goals overall. In defence, Osnabrück have clearly had some problems.

Going into this game, the form guide shows that Osnabruck:

Checking on their most recent head-to-head clashes stretching back to 31/03/2010 tells us that SV Sandhausen have won 2 of these and Osnabruck 3, with the number of drawn results standing at 1.

A total of 16 goals were scored between them during those clashes, with 8 from Sandhausen and 8 created by Osnabrück. The average number of goals per game works out to 2.67.

The previous league contest between these sides was Bundesliga 2 match day 6 on 31/10/2020 which ended up with the score at Osnabruck 2-1 SV Sandhausen.

Nikolas Nartey (Unknown Injury), Julius Biada (Unknown Injury) and Rick Wulle (Shoulder Injury) won’t be playing for Sandhausen boss Stefan Kulovits. Aleksandr Zhirov will not be able to play in this game through being suspended.

Thanks to a fully healthy squad available for selection, Osnabruck manager Florian Fulland has no fitness concerns at all ahead of this match.

Our thinking is that Osnabruck could find themselves up against it to get anything against this SV Sandhausen team who should get a goal themselves and run out victorious. 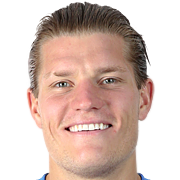 Generally deployed in the Striker position, Kevin Behrens was born in Bremen, Germany. After making a first senior appearance for SV Sandhausen in the 2018 - 2019 season, the accomplished Forward has netted 7 league goals in this Bundesliga 2 2020 - 2021 season so far coming from a total of 21 appearances.

We have made these SV Sandhausen v Osnabruck predictions for this match preview with the best intentions, but no profits are guaranteed. Please always gamble responsibly, only with money that you can afford to lose. We wish you the best of luck.