Türkgücü München will be hoping to bounce back here following the 4-0 3rd Liga defeat last time out to Magdeburg.

Heading into this contest, Türkgücü München are undefeated in their last 2 home league matches.

In their last game, Wehen Wiesbaden drew 1-1 in the 3rd Liga match with Viktoria Cologne.

The only player to score from Wehen Wiesbaden was Gustaf Nilsson (26'). Kai Klefisch (63') was the scorer for Viktoria Cologne.

Demonstrating their penchant for productive matches, we’ve seen goals 24 times in the last 6 matches in which Wehen Wiesbaden have taken to the pitch, giving an average of 4 goals for each fixture. Opposing teams have got 12 of these goals. Previous results aside, it remains to be seen whether such a trend might be replicated in this next match or not.

The previous league match featuring these clubs was 3rd Liga match day 23 on 07/02/2021 when the final score was Wehen Wiesbaden 3-1 Türkgücü München.

The match was refereed by Lars Erbst.

Wehen Wiesbaden manager Rüdiger Rehm has a number of players out of action. Benedict Hollerbach (Torn Muscle Fibre), Tim Boss (Tear in a joint capsule) and Gianluca Korte (Meniscal Injury) will miss out on this game.

It seems to us that Wehen Wiesbaden and Türkgücü München could well both score and end up finding themselves in a fairly even game here.

A draw is a real possibility, as we are expecting there to be little between them. That is why we are leaning toward a very close game with a 1-1 draw at the end of the 90 minutes. 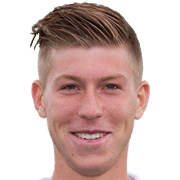 Typically played in the Right Attacking Midfielder position, Philip Türpitz was born in Laupheim, Germany. Having made a first senior appearance for Chemnitzer FC in the 2014 - 2015 season, the gifted Midfielder has scored 3 league goals in this 3. Liga 2021 - 2022 campaign so far in a total of 11 appearances.

While we have made these predictions for Türkgücü München v Wehen Wiesbaden for this match preview with the best of intentions, no profits are guaranteed. Always gamble responsibly, and with what you can afford to lose. Best of luck with your selections.