The 3rd Liga game at BRITA-Arena on Saturday will see home side Wehen Wiesbaden do battle with Mannheim.

Our predictions, user poll and statistics for Wehen Wiesbaden v Mannheim can be found here (inc. the best betting odds).

In their preceding 6 fixtures, Rüdiger Rehm's Wehen Wiesbaden have celebrated scoring a combined total of 10 times resulting in an average number of goals per match equal to 1.67.

Their past results show that Wehen Wiesbaden:

In their last fixture, Mannheim drew 1-1 in the 3rd Liga match with Kaiserslautern.

The only scorer from Mannheim was Joseph Boyamba (7'). Marlon Ritter (77') scored for Kaiserslautern.

The stats tell the story, and Mannheim have been scored against in 5 of their last 6 matches, conceding 10 goals in total. At the back, Mannheim seem to have a bit of a soft underbelly.

Going into this game, the form guide shows that Mannheim:

We believe that Mannheim are certainly able to find the back of the net against this Wehen Wiesbaden team, but that may not be enough to avoid a loss.

We can see a narrow 2-1 win for Wehen Wiesbaden at full-time. We’ll have to see what happens.

Both Teams to Score Prediction for Wehen Wiesbaden vs Mannheim
Yes 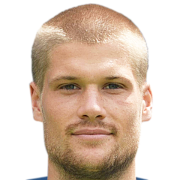 Typically taking to the field in the Striker position, Johannes Wurtz was born in Neunkirchen, Germany. Having played his first senior match for 1. FC Saarbrücken in the 2011 - 2012 season, the talented Forward has struck 2 league goals in this 3. Liga 2020 - 2021 season to date from a total of 4 appearances.

We have made these Wehen Wiesbaden v Mannheim predictions for this match preview with the best intentions, but no profits are guaranteed. Please always gamble responsibly, only with money that you can afford to lose. Best of luck with your selections.