The First Division A meeting at Regenboogstadion on Sunday will see hosts SV Zulte Waregem playing against opponents Standard Liège.

Our full set of predictions, statistics and match poll for SV Zulte Waregem v Standard Liège can be seen below - as well as up-to-date odds.

SV Zulte Waregem, buoyed by their previous result, will be hoping for more of the same after the 1-2 First Division A triumph against Sint-Truidense VV.

It has been seldom in recent times that SV Zulte Waregem have managed to hold out for a full 90 minutes. The reality is that Essevee have seen their defence breached in 6 of their previous 6 games, giving up 10 goals on the way. That pattern isn’t assured to be carried forward here, of course.

Heading into this contest, SV Zulte Waregem have not beaten Standard Liège in their last 3 league games.

In the game prior to this, Standard Liège drew 1-1 in the First Division A tie with Antwerp.

The only player to score from Standard Liège was Mehdi Carcela-González (8'). Nill De Pauw (28') scored for Antwerp.

Standard Liège have been dangerous up front in their most recent fixtures, having scored 10 goals in their last 6 matches. While their manager Mbaye Leye will no doubt take that as a positive sign, Les Rouches have been somewhat leaky at the back, having also been scored against in 6 of those same clashes.

Their prior results show that Standard Liège:

Checking on their prior head to head clashes stretching back to 18/08/2017 shows us that SV Zulte Waregem have won 3 of them & Standard Liège 2, with the tally of draws standing at 1.

Those games weren’t short on goals, either, with 24 overall at an average of 4 goals per match.

The last league meeting featuring these clubs was First Division A match day 7 on 27/09/2020 and the score finished Standard Liège 2-2 SV Zulte Waregem.

Thanks to a largely full-strength group, there is only the lone fitness issue for the Standard Liège boss Mbaye Leye to contend with. Zinho Vanheusden (Cruciate Ligament Rupture) won’t be playing here.

We feel that in this game, SV Zulte Waregem have it within them to breach the defence of this Standard Liège team, however a single goal probably shouldn’t be as many as they’ll concede.

We can see a narrow 1-2 advantage for Standard Liège when the full-time whistle blows. Let’s see what eventuates. 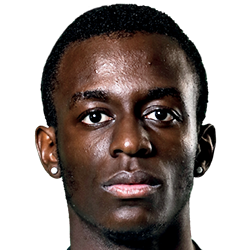 Regularly deployed in the Right Wing position, Jean-Luc Dompé was born in Arpajon, France. Having played his first senior match for Valenciennes FC in the 2014 - 2015 season, the skilful Forward has netted 5 league goals in the First Division A 2020 - 2021 season to date from a total of 21 appearances.

While we have made these predictions for SV Zulte Waregem v Standard Liège for this match preview with the best of intentions, no profits are guaranteed. Always gamble responsibly, and with what you can afford to lose. Good luck!