Return to this page a few days before the scheduled game when this expired prediction will be updated with our full preview and tips for the next match between these teams.
Tescoma Zlín are the guests at Doosan Aréna on Wednesday for the First League fixture with home side Viktoria Plzeň. Our Viktoria Plzeň v Tescoma Zlín predictions, statistics and match poll can be seen below - as well as up-to-date odds.

Their most recent results shine a light on the fact that huge efforts have been put in by the Viktoria Plzeň rearguard. Viktorka have given the opposition little, resulting in the number of goals that have gone past their goalkeeper during their previous six matches standing at 3.

Tescoma Zlín will go into the meeting after a 1-0 First League win as they beat FK Příbram in their most recent outing. The only name on the scoresheet from Tescoma Zlín was Tomáš Poznar (39').

The numbers tell their own story, and Tescoma Zlín have been scored against in 5 of their last 6 games, with opponents netting 8 goals in total. At the back, Zlin can certainly do much better. Such a trend might not be continued into this next game, however.

An examination of past results between these clubs stretching back to 25/02/2017 shows that these fixtures have been miserable for Tescoma Zlín. They’ve not managed to get themselves any victories whatsoever while Viktoria Plzeň have been dominant against them, running out winners in 67% of those ties.

A total of 9 goals were scored between them in this period, with 7 of them for Viktorka and 2 netted by Zlin. That’s an average goals per game figure of 1.5.

The previous league contest featuring these clubs was First League match day 15 on 04/11/2019 when the final score was Tescoma Zlín 1-1 Viktoria Plzeň. The referee was Ondřej Pechanec.

Viktoria Plzeň boss Adrián Guľa has zero fitness concerns whatsoever coming into this match with a completely healthy squad to pick from.

Owing to a fully injury-free group available to select from, Tescoma Zlín boss Bohumil Páník has zero fitness worries whatsoever ahead of this match.

Our feeling is that Tescoma Zlín will likely create enough chances to break down this Viktoria Plzeň side, however it realistically won’t be as many as the goals that they could concede. We’re expecting a very close game with a 2-1 win for Viktoria Plzeň at the end of this one. Let’s see what eventuates. 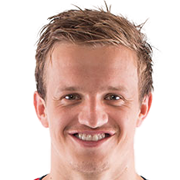 Mostly deployed in the Left Attacking Midfielder position, Jan Kopic was born in Czech Republic. After having made a senior debut playing for Baumit Jablonec in the 2011 - 2012 season, the dangerous Midfielder has managed to score 6 league goals in the First League 2019 - 2020 campaign to date from a total of 23 appearances.

We have made these Viktoria Plzeň v Tescoma Zlín predictions for this match preview with the best intentions, but no profits are guaranteed. Please always gamble responsibly, only with money that you can afford to lose. Good luck if you do place a bet today.