View all Thespa Kusatsu v Tokushima Vortis tips, stats and our pre-match poll below - as well as the best betting odds.

Thespa Kusatsu will be looking to improve on their last outing here after the 1-0 J2 League defeat in their last game at the hands of Ventforet Kofu.

Kazushi Mitsuhira (83') was the scorer for Ventforet Kofu.

Tsuyoshi Otsuki's Thespa Kusatsu have hit the back of the net a sum total of 7 times over their past 6 outings. Conversely, the number of goals that they have conceded in those games stands at 8.

Tokushima Vortis come into this game following on from a 1-0 J2 League win in the defeat of JEF United Chiba in their previous match.

The only scorer from Tokushima Vortis was Eiji Shirai (66').

A tendency of at least one side getting a clean sheet in games featuring Tokushima Vortis has been apparent recently. Examining their last six meetings reveals that it has occurred 5 times. In these clashes, their opponents have managed a goal aggregate of 6 while Tokushima Vortis have scored 9.

A study of past results between these clubs going back to 22/05/2016 tells us that these fixtures have not been kind to Thespa Kusatsu. They have not been able to get any wins at all whereas Tokushima Vortis have been superior, winning in 83% of those games where they have faced each other.

A sum of 19 goals were scored between them in these games, with 4 for Gunma and 15 being from Tokushima. The average number of goals per game works out to 3.17.

The last league match featuring these sides was J2 League match day 30 on 01/11/2020 which ended up with the score at Thespa Kusatsu 2-3 Tokushima Vortis.

The Thespa Kusatsu boss Tsuyoshi Otsuki will be happy not to have any fitness concerns whatsoever ahead of this match with a completely injury-free squad available for selection.

In an otherwise full-strength group of players, there is just the sole fitness issue for the Tokushima Vortis manager Dani Poyatos to be concerned about. Taiki Tamukai (Fibula Fracture) won’t be in action.

We believe that Thespa Kusatsu could find themselves up against it to register a score against this Tokushima Vortis lineup who will likely manage to get a goal of their own in a winning performance.

We’re therefore anticipating a good tussle with a 0-1 winning score for Tokushima Vortis after 90 minutes. 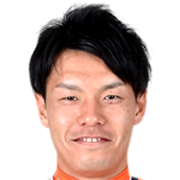 Usually deployed in the Centre Midfield position, Yuzo Iwakami was born in Japan. Having played his first senior match for Shonan Bellmare in the 2011 season, the skilful Midfielder has hit 2 league goals in the J2 League 2022 season to date coming from a total of 13 appearances.

While we have made these predictions for Thespa Kusatsu v Tokushima Vortis for this match preview with the best of intentions, no profits are guaranteed. Always gamble responsibly, and with what you can afford to lose. We wish you the best of luck.