All Thespa Kusatsu v Ventforet Kofu game predictions, stats and user poll are shown below - plus the latest betting odds.

Thespa Kusatsu will be hoping for a better result after a 0-1 J2 League losing effort in their last game against Avispa Fukuoka.

Thespa Kusatsu have found it difficult to unlock defences in more recent games. Their ‘goals for’ figure stands at just 4 against opposition teams over the course of their previous 6 matches. In those meetings, Gunma have also seen the tally of goals that have gone against them total 8. We will just have to see if that trend will end up being sustained here.

Coming into this clash, Thespa Kusatsu have left without a victory over Ventforet Kofu in their last 3 league matches.

Ventforet Kofu come into this encounter following a 0-1 J2 League win to defeat Tokushima Vortis in their last fixture.

The only name on the scoresheet from Ventforet Kofu was Dudu (77').

During their 6 most recent matches, Akira Ito's Ventforet Kofu have seen their goal attempts be successful a total of 6 times thus yielding them a goals per game average of 1.

Coming into this contest, Ventforet Kofu haven't been defeated by Thespa Kusatsu when they have played them away from home in the previous 2 matches in the league.

Looking over their most recent head-to-head meetings going back to 20/09/2009 shows us that Thespa Kusatsu have won 2 of these games and Ventforet Kofu 4, with the tally of draws being 0.

In all, 18 goals were scored between them in these games, with 7 of them from Gunma and 11 belonging to Kofu. The average number of goals per game works out to 3.

Thespa Kusatsu boss Hitoshi Morishita does not have any fitness concerns at all ahead of this clash with a fully healthy squad available to select from.

Thanks to a mainly healthy group, there’s just a single fitness issue for the Ventforet Kofu boss Akira Ito to be concerned with. Yuki Hashizume (Knee Surgery) won’t be in action. Daiki Nakashio is ineligible for this match because of suspension.

We’re of the opinion that Thespa Kusatsu will have their work cut out to get anything against this Ventforet Kofu outfit who will likely score & stay on top.

We therefore fancy a very even match with a 0-1 win for Ventforet Kofu when the referee blows for full-time. 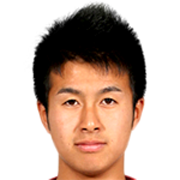 Customarily deployed in the position, Toshiya Tanaka was born in Gunma, Japan. After having made a senior debut playing for Kashima Antlers in the 2018 season, the dangerous Midfielder has netted 6 league goals in the J2 League 2020 season so far in 25 appearances.

We have made these Thespa Kusatsu v Ventforet Kofu predictions for this match preview with the best intentions, but no profits are guaranteed. Please always gamble responsibly, only with money that you can afford to lose. Good luck if you do place a bet today.