Return to this page a few days before the scheduled game when this expired prediction will be updated with our full preview and tips for the next match between these teams.
Full-Time Result Prediction for Torino vs Sampdoria
Torino to Win
Torino face off with visiting club Sampdoria at Stadio Olimpico Grande Torino in this Serie A meeting on Saturday.

In this game, Sampdoria would be disappointed if they were not to find the net against this Torino side, however it probably won’t be enough to avoid defeat. We’re tipping a very close game with a 2-1 winning margin for Torino at the end of this one. Should be an interesting one. Our full set of predictions, statistics and match poll for Torino v Sampdoria can be seen below including the latest game odds.

Taking a look at their past results, Sampdoria:

Both Teams to Score Prediction for Torino vs Sampdoria
Yes 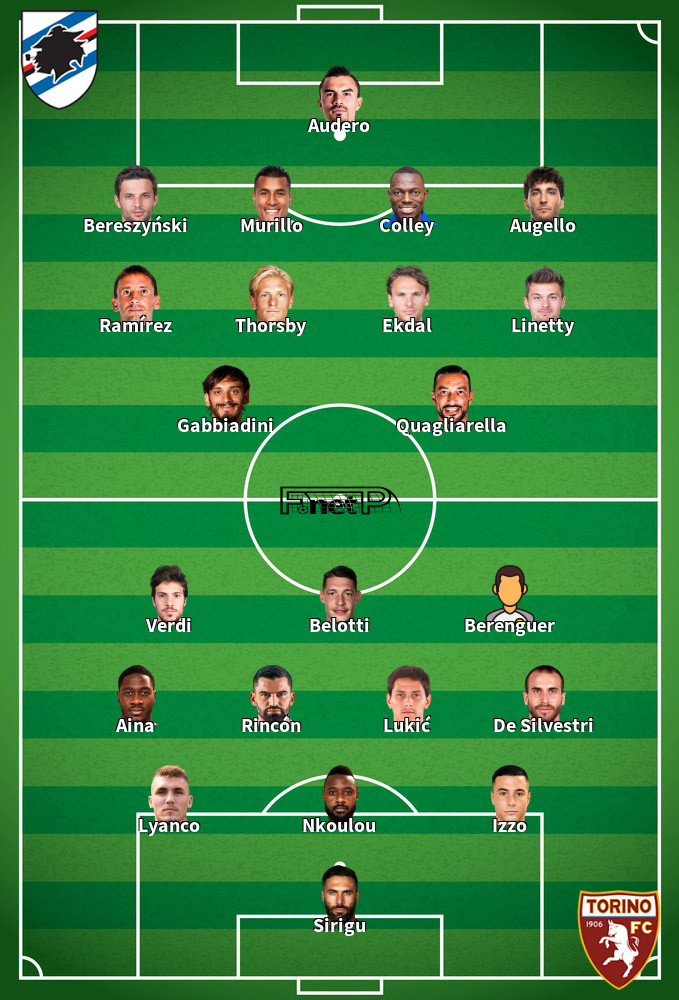 Over/Under 2.5 Goals Prediction for Torino vs Sampdoria
Over 2.5

Mostly taking up the Left Wing position, Berenguer was born in Pamplona, Spain. Having played his first senior match for CA Osasuna in the 2014 - 2015 season, the goalscoring Forward has contributed 5 league goals in this Serie A 2019 - 2020 season so far coming from a total of 15 appearances.

While we have made these predictions for Torino v Sampdoria for this match preview with the best of intentions, no profits are guaranteed. Always gamble responsibly, and with what you can afford to lose. We wish you the best of luck.