Return to this page a few days before the scheduled game when this expired prediction will be updated with our full preview and tips for the next match between these teams.
Full-Time Result Prediction for Trelleborg vs IK Brage
IK Brage to Win

We feel that Trelleborgs FF will have to work hard as a team to break down this IK Brage side who we think should get a goal themselves and run out victorious. We’re therefore anticipating a narrow 0-1 winning margin for IK Brage at the end of this game. Should be an interesting one. All Trelleborgs FF v IK Brage match predictions, user poll and stats are shown below including the latest game odds. 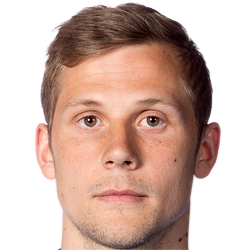 Customarily used in the Centre Midfield position, Erik Andersson was born in Sweden. After having played his first senior match for Landskrona BoIS in the 2012 season, the goalscoring Midfielder has contributed 4 league goals in the Superettan 2019 campaign so far in a total of 25 appearances.

We have made these Trelleborgs FF v IK Brage predictions for this match preview with the best intentions, but no profits are guaranteed. Please always gamble responsibly, only with money that you can afford to lose. Best of luck with your selections.