Tromsø IL head to SR-Bank Arena on Sunday for the Eliteserien fixture with home side Viking FK.

View all of the Viking FK v Tromsø IL predictions, poll and stats below (plus the best game odds).

Viking FK will be looking for another win after the 1-2 Eliteserien success over Hamarkameratene.

Viking FK have not been the best at stopping their opponents of late, but they have also found ways to score goals themselves. Looking at their last 6 games, Viking FK have been punished defensively in 6 of them while also scoring in 6 of those games. It will be interesting to find out whether or not that trend will end up being continued on in this game.

Coming into this clash, Viking FK are unbeaten in the league by Tromsø IL in their last 2 matches.

Tromsø IL will come into the meeting after a 3-2 Eliteserien win to defeat Bodo Glimt in their last game.

Heading into this contest, Tromsø IL are without an away win for the past 11 matches in the league. Who knows how long it might last, too.

A glance at their most recent head to head clashes going back to 29/10/2017 shows us that Viking FK have won 3 of them & Tromsø IL 2, with the tally of drawn games standing at 1.

A combined total of 13 goals were scored between them in these games, with 7 from De mørkeblå and 6 for Gutan. The average goals per game has been 2.17.

The previous league match featuring these sides was Eliteserien match day 7 on 22/05/2022 when the final score was Tromsø IL 1-1 Viking FK.

That day, Tromsø IL had 48% possession and 11 attempts at goal with 3 on target. Their only player to score was Warren Kamanzi (93').

On the other side, Viking FK had 13 attempts at goal with 5 of them on target. Sebastian Sebulonsen (73') was the scorer.

The match was refereed by Mohammad Usman Aslam.

The Viking FK manager Bjarte Lunde Aarsheim will be grateful not to have any fitness concerns to speak of coming into this match thanks to a completely injury-free squad to choose from.

Owing to a fully injury-free group ready to go, the Tromsø IL manager Gaute Helstrup doesn’t have any fitness concerns whatsoever ahead of this clash.

We’ve got the feeling that Tromsø IL could well find it tough to put one past this Viking FK side who we think will emerge victorious.

That’s why our selection here is for a hard-fought 1-0 victory for Viking FK when the full-time whistle blows. 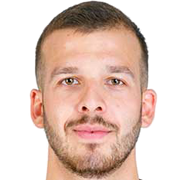 Normally taking up the Left Wing position, Zlatko Tripić was born in Rijeka, Croatia. Having made his senior debut playing for Molde FK in the 2011 season, the talented Forward has bagged 4 league goals in the Eliteserien 2022 season to date in a total of 13 appearances.

We have made these Viking FK v Tromsø IL predictions for this match preview with the best intentions, but no profits are guaranteed. Please always gamble responsibly, only with money that you can afford to lose. Good luck if you do place a bet today.