Return to this page a few days before the scheduled game when this expired prediction will be updated with our full preview and tips for the next match between these teams.
Full-Time Result Prediction
👉
WSG Swarovski Tirol to Win

All WSG Swarovski Tirol v TSV Hartberg match predictions, user poll and stats are shown below - as well as the best betting odds.

WSG Swarovski Tirol will be wanting a better result here following a 5-2 Bundesliga defeat last time out to Rapid Vienna.

At least three goals per game were seen in 6 of the last 6 fixtures where WSG Swarovski Tirol have played. Their opponents scored 19 of them in these games whereas WSG Swarovski Tirol totted up 12. That sort of pattern won’t necessarily be continued into this next game, however.

TSV Hartberg will come into the clash following a 3-2 Bundesliga win versus Sturm Graz in their last outing.

Demonstrating their partiality to high-scoring encounters, we’ve seen goals 20 times in the previous 6 matches in which TSV Hartberg have taken to the pitch, yielding a mean average of 3.33 goals for each meeting. Their opponents have hit 9 of those goals.

A review of their prior head-to-head meetings stretching back to 24/11/2017 tells us that WSG Swarovski Tirol have won 1 of these games and TSV Hartberg 4, with the tally of drawn matches being 1.

A sum of 16 goals were scored between them in this period, with 5 from WSG Tirol and 11 being from Hartberg. That’s an average goals per game of 2.67.

The last league meeting between the two was Bundesliga match day 16 on 23/02/2021 and the score finished TSV Hartberg 1-0 WSG Swarovski Tirol.

The WSG Swarovski Tirol boss Thomas Silberberger has zero fitness worries to speak of coming into this game owing to a completely injury-free group to pick from.

From a largely available squad, there’s only the lone fitness problem for the TSV Hartberg manager Kurt Russ to be concerned with. Dario Tadic (Torn Muscle Fibre) won’t be in action.

It’s likely that TSV Hartberg will have a tough assignment to break down a WSG Swarovski Tirol outfit who certainly have the ability to boss most aspects of this game if it turns out as we expect.

We’re therefore predicting a convincing 3-0 win for WSG Swarovski Tirol at the end of the game. 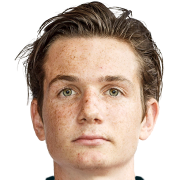 Generally taking up the Striker position, Thomas Sabitzer was born in Austria. Having played his first senior match for KSV 1919 in the 2017 - 2018 season, the goalscoring Forward has accumulated 4 league goals in the Bundesliga 2021 - 2022 season to date in a total of 9 appearances.

We have made these WSG Swarovski Tirol v TSV Hartberg predictions for this match preview with the best intentions, but no profits are guaranteed. Please always gamble responsibly, only with money that you can afford to lose. Best of luck.