Our predictions, user poll and statistics for Viktoria Cologne v Türkgücü München can be found here - plus the latest betting odds.

Viktoria Cologne go into this fixture after a 0-0 3rd Liga tied result against Kaiserslautern.

It has been all too rare in recent games that Viktoria Cologne have kept a clean sheet. In fact, Viktoria have been scored against in 5 of their previous 6 matches, leaking 10 goals on the way.

Coming into this fixture, Viktoria Cologne have not won at home in their last 2 matches in the league.

Türkgücü München will go into the encounter following on from a 1-0 3rd Liga win with the defeat of Dynamo Dresden in their previous outing.

The only scorer from Türkgücü München was Sercan Sararer (32').

A tendency of at least one team not managing to score in games involving Türkgücü München has been apparent of late. Examining their last six outings shows that it has happened 5 times. In those clashes, opposing sides have managed a goal tally of 7 while Türkgücü have scored 6. That sort of trend won’t necessarily be continued into this match, however.

Heading into this contest, Türkgücü München are undefeated in their previous 2 league matches away from home.

Simon Handle (Double Torn Ligament) and Alexander Höck (Cruciate Ligament Rupture) are not available for V. Köln gaffer Pavel Dotchev. Jeremias Lorch will not be able to play in this game through being suspended.

From a largely full-strength group, there’s just a single fitness issue for the Türkgücü München boss Alexander Schmidt to be concerned about. Alexander Laukart (Ankle Injury) misses out for this game.

In our view, Türkgücü München and Viktoria Cologne are both capable of scoring here.

A draw is a real possibility, as we are expecting there to be little between them. We’re therefore tipping a very close game with a score draw when all is said and done. 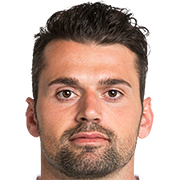 Customarily played in the Striker position, Albert Bunjaku was born in Gnjilane, Serbia. After having played his first senior match for FC Schaffhausen in the 2003 - 2004 season, the goalscoring Forward has contributed 3 league goals in this 3. Liga 2020 - 2021 season to date in 13 appearances.

We have made these Viktoria Cologne v Türkgücü München predictions for this match preview with the best intentions, but no profits are guaranteed. Please always gamble responsibly, only with money that you can afford to lose. Best of luck with your selections.