View all FC Twente v FC Utrecht tips, stats and our pre-match poll below - plus the latest betting odds.

FC Twente enter this match coming off the back of a 0-0 Eredivisie stalemate against Ajax.

Their most recent results show that much solidity has been shown by the FC Twente backline. FC Twente have been stingy, seeing the tally of goals that have gone past their goalkeeper over the course of their last six games standing at 3.

Their prior results show that FC Twente:

In their previous game, FC Utrecht drew 2-2 in the Eredivisie tie with Go Ahead Eagles.

Over the course of their previous half-dozen clashes, FC Utrecht have bagged a total of 14 goals. FC Utrecht have also scored on each one of those occasions. Over that period, they’ve seen 6 goals go against them. Nonetheless, we must now wait to see if the trend shall be maintained in this match or not.

Coming into this fixture, FC Utrecht are undefeated in their last 3 away league matches.

Looking at their past head to head clashes stretching back to 01/09/2019 shows us that FC Twente have won 2 of these and FC Utrecht 3, with the number of drawn results standing at 1.

A combined total of 16 goals were produced between them in these games, with 8 of them from De Tukkers and 8 netted by Utreg. The average number of goals per game works out to 2.67.

The last league game between these sides was Eredivisie match day 18 on 22/12/2021 which ended up with the score at FC Utrecht 1-1 FC Twente.

That day, FC Utrecht managed 63% possession and 14 attempts at goal with 5 on target. Their only player to score was Mimoun Mahi (95').

FC Twente had 4 shots at goal with 2 of them on target. Ricky van Wolfswinkel (17') was the scorer.

The FC Twente boss Ron Jans does not have any fitness worries at all coming into this clash thanks to a fully injury-free group available to choose from.

Our thinking is that FC Twente will probably get the win and a possible clean sheet against FC Utrecht, who could well struggle to break down their defence.

We reckon that it will be a 2-0 win for FC Twente come full-time. 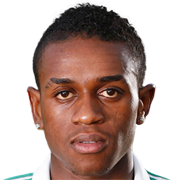 Customarily taking to the field in the Left Wing position, Virgil Misidjan was born in Netherlands. After having played his first senior match for Willem II in the 2011 - 2012 season, the skilful Forward has hit 4 league goals in the Eredivisie 2022 - 2023 campaign to date in 15 appearances.

We have made these FC Twente v FC Utrecht predictions for this match preview with the best intentions, but no profits are guaranteed. Please always gamble responsibly, only with money that you can afford to lose. Good luck if you do place a bet today.