FC Twente journey to GelreDome on Wednesday for the Eredivisie showdown with hosts Vitesse.

Our predictions, user poll and statistics for Vitesse v FC Twente can be found here - plus the latest match odds.

Vitesse will be wanting a better result here after the 1-0 Eredivisie loss in their previous game against PSV Eindhoven.

Guus Til (48') scored for PSV Eindhoven.

It has been seldom in recent games where Vitesse have kept a clean sheet. The reality is that Vitesse have been scored against in 5 of their previous 6 clashes, shipping 10 goals in the process. Despite that, we must now wait to see whether such a trend shall persist in this upcoming match.

Looking at their past form shows that Vitesse:

FC Twente will go into this game following a 2-0 Eredivisie win versus FC Utrecht in their previous outing.

In 5 of the past six games featuring FC Twente, a notably low volume of goals have been hit between them and opposing teams. The overall average goals scored per game in that spell comes to a mere 2, with the average goals for De Tukkers being 1.5.

Their past results show that FC Twente:

Looking at their most recent head-to-head meetings dating back to 07/03/2020 shows that Vitesse have won 2 of these and FC Twente 4, with the number of drawn games standing at 0.

A combined total of 17 goals were scored between the two sides in this period, with 4 of them from Vitas and 13 created by De Tukkers. The average number of goals per game works out to 2.83.

The previous league meeting featuring these sides was Eredivisie match day 8 on 01/10/2022 and the score finished FC Twente 3-0 Vitesse.

The Vitesse manager Phillip Cocu has no fitness worries at all coming into this clash thanks to a completely injury-free squad ready to go.

Owing to a completely injury-free squad to pick from, the FC Twente boss Ron Jans has no fitness worries whatsoever before this game.

In our view, Vitesse will have to work hard as a team to be putting a goal past this FC Twente team who should win and very possibly keep a clean sheet.

We therefore fancy a hard-fought contest, finishing with a 0-1 winning score for FC Twente when the referee blows for full-time. 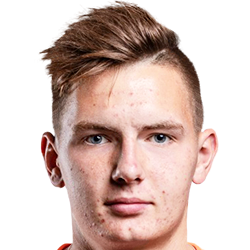 Customarily taking up the Striker position, Bartosz Białek was born in Brzeg, Poland. Having played his first senior match for Zagłębie Lubin in the 2019 - 2020 season, the dangerous Forward has bagged 2 league goals in this Eredivisie 2022 - 2023 season so far in 9 appearances.

While we have made these predictions for Vitesse v FC Twente for this match preview with the best of intentions, no profits are guaranteed. Always gamble responsibly, and with what you can afford to lose.