The J2 League game at transcosmos Stadium Nagasaki on Saturday sees home side V-Varen Nagasaki take to the field against Ōmiya Ardija.

Our V-Varen Nagasaki v Ōmiya Ardija tips, poll and stats can be seen in full below including the latest game odds.

V-Varen Nagasaki will be hoping to bounce back here after a 0-2 J2 League defeat in their last game at the hands of Vegalta Sendai.

An interesting characteristic of recent V-Varen Nagasaki games is the number of nil scores.

From their prior 6 clashes before this one, in as many as 5 of them a wager on both teams scoring would've lost. Even so, time will tell whether the trend shall persist in this next match.

Their prior results show that V-Varen Nagasaki:

In the game prior to this, Ōmiya Ardija drew 1-1 in the J2 League match with Oita Trinita.

The only player to score from Ōmiya Ardija was Takimitsu Tomiyama (33'). Eduardo Neto (16') was the scorer for Oita Trinita.

Ōmiya Ardija have attacked well in their most recent fixtures, having scored 9 times in their last 6 matches. Having said that, Ōmiya Ardija have had their own issues at the back, also conceding in 6 of those same matches.

A glance at their past head to head clashes stretching back to 30/03/2019 shows us that V-Varen Nagasaki have won 1 of these & Ōmiya Ardija 3, with the tally of drawn games standing at 2.

A total of 11 goals were produced between them in this period, with 2 for VVN and 9 belonging to Omiya. That is an average goals per game value of 1.83.

The last league meeting featuring these clubs was J2 League match day 22 on 11/07/2021 which ended up with the score at V-Varen Nagasaki 1-1 Ōmiya Ardija.

Almost everyone can be considered, as there’s just one fitness concern for the V-Varen Nagasaki gaffer Hiroshi Matsuda to contend with from an otherwise complete set of players. Tsubasa Kasayanagi (Fractured Foot) is out of contention.

Due to a fully injury-free group to pick from, the Ōmiya Ardija boss Masahiro Shimoda doesn’t have any fitness worries to report ahead of this match.

We feel that in this game, V-Varen Nagasaki will most probably get a lot of shots on goal and make them count.

At the same time, Ōmiya Ardija may well struggle to find the back of the net although we do reckon that they could well end up converting at least once here.

Our tip is for a 3-1 win for V-Varen Nagasaki at the end of the match. 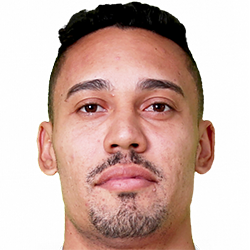 Generally deployed in the Striker position, Edigar Junio was born in Brasília, Brazil. Having played his first senior match for Atletico PR in the 2011 season, the gifted Forward has contributed 3 league goals in this J2 League 2022 season to date from a total of 14 appearances.

We have made these V-Varen Nagasaki v Ōmiya Ardija predictions for this match preview with the best intentions, but no profits are guaranteed. Please always gamble responsibly, only with money that you can afford to lose. Good luck!