Östers IF vs Vasalunds IF Live Stream, Predictions

Return to this page a few days before the scheduled game when this expired prediction will be updated with our full preview and tips for the next match between these teams.
Full-Time Result Prediction
👉
Östers IF to Win

Östers IF meet away side Vasalunds IF at Visma Arena in the Superettan fixture on Monday.

To see all of our predictions, user poll & stats for Östers IF v Vasalunds IF, scroll down - plus the latest match odds.

Östers IF enter this fixture following a 2-2 Superettan stalemate against IK Brage.

In that game, Östers IF managed 46% possession and 6 attempts on goal with 2 on target. For Östers IF, the goalscorers were Nicolas Mortensen (31') and Alex Þór Hauksson (42'). On the other side, IK Brage had 7 shots on goal with 4 of them on target. Leonard Pllana (13') and Pontus Hindrikes (33') scored for IK Brage.

Östers IF haven’t been able to stop scoring goals, hitting the target every time they’ve gone out to play in their last 6 matches.

They’ve claimed a sum of 10 during that period while also conceding a total of 5. We will just have to see if that trend will be sustained here.

Coming into this meeting, Östers IF haven't been defeated in their previous 8 league matches at home. Visiting teams have certainly not had an easy time of it here.

Last time out, Vasalunds IF drew 1-1 in the Superettan tie with IFK Värnamo.

The only player to score from Vasalunds IF was Nikola Vasić (57'). Christian Moses (66') was the scorer for IFK Värnamo.

The last league game between the two was Superettan match day 8 on 30/05/2021 when the final score was Vasalunds IF 1-0 Östers IF.

In that game, Vasalunds IF had 48% possession and 3 attempts at goal with 1 of them on target. The scorer was Denni Avdić (88').

Östers IF had 5 shots at goal with 0 of them on target.

The Östers IF manager Denis Velic will be thankful to have no fitness worries at all before this clash thanks to a completely healthy group available to select from.

Due to a completely healthy group available to select from, the Vasalunds IF manager Roberth Björknesjö does not have any fitness concerns at all ahead of this clash.

It looks to us that Östers IF will more than likely get the win and a possible clean sheet when they play Vasalunds IF, who might well find it a difficult task scoring.

Therefore, we are anticipating a decent 2-0 margin for Östers IF when all’s said and done. 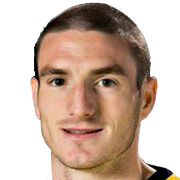 Generally taking up the Striker position, James Keene was born in Wells, England. Having played his first senior match for in the 2004 - 2005 season, the gifted Forward has scored a sum of 2 league goals in this Superettan 2021 campaign so far coming from a total of 13 appearances.

While we have made these predictions for Östers IF v Vasalunds IF for this match preview with the best of intentions, no profits are guaranteed. Always gamble responsibly, and with what you can afford to lose. Best of luck with your selections.