Return to this page a few days before the scheduled game when this expired prediction will be updated with our full preview and tips for the next match between these teams.
Full-Time Result Prediction for Videoton FC vs Mezőkövesd
Videoton FC to Win
Videoton FC line up against away side Mezőkövesd at MOL Aréna Sóstó in this Nemzeti Bajnokság I game on Saturday.

We’re inclined to think that Videoton FC will probably have the majority of the possession and should be able to turn a few of their chances into goals. At the same time, Mezőkövesd may well struggle to make a breakthrough although we do think it’s probable that they will be being dangerous for periods. We’re therefore expecting to see a 3-1 margin for Videoton FC when the full-time whistle blows. To see all of our predictions, user poll & stats for Videoton FC v Mezőkövesd, scroll down - as well as up-to-date odds. 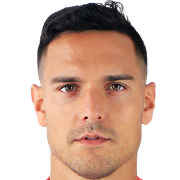 Typically deployed in the Central Attacking Midfielder position, Georgi Milanov was born in Levski, Bulgaria. After having played his first senior match for Litex Lovech in the 2009 - 2010 season, the dangerous Midfielder has netted 3 league goals in the Nemzeti Bajnokság I 2019 - 2020 campaign so far in a total of 16 appearances.

We have made these Videoton FC v Mezőkövesd predictions for this match preview with the best intentions, but no profits are guaranteed. Please always gamble responsibly, only with money that you can afford to lose.