Return to this page a few days before the scheduled game when this expired prediction will be updated with our full preview and tips for the next match between these teams.
Zalaegerszegi TE come up against visiting team Videoton FC at ZTE Aréna in this Nemzeti Bajnokság I game on Saturday. Our full set of predictions, statistics and match poll for Zalaegerszegi TE v Videoton FC can be seen below including the latest game odds.

Zalaegerszegi TE have been on a persistent run of goalscoring form, netting in one hundred percent of their last 6 matches. They have claimed a sum of 10 during that time and have conceded a total of 6. That kind of trend won’t necessarily follow through into this match, however.

Their prior results show that Zalaegerszegi TE:

Videoton FC head into the encounter following a 1-0 Nemzeti Bajnokság I win with the defeat of Ferencvárosi TC in their most recent game. The only player to score from Videoton FC was Roland Juhász (45').

In their previous 6 clashes, Videoton FC have helped themselves to the sum of 8 goals. Vidi have also managed to score in every single one of those games. During those fixtures, their defenders have had 5 goals go against them.

A look at their previous results shows us that Videoton FC:

A review of their past head to head results stretching back to 28/09/2010 reveals that these fixtures have been pretty painful for Zalaegerszegi TE. They have not managed to come away with any wins whatsoever whereas Videoton FC have dominated them, finishing as winners in 83% of those match-ups.

The last league meeting featuring these sides was Nemzeti Bajnokság I match day 22 on 22/02/2020 which finished with the scoreline of Videoton FC 4-1 Zalaegerszegi TE. The referee was Ádám Pillók.

Zalaegerszegi TE boss Gábor Marton will be happy not to have any fitness concerns whatsoever before this match owing to a completely injury-free group available for selection.

With a completely healthy group to choose from, Videoton FC manager Joan Carrillo has zero fitness concerns at all ahead of this game.

We are of the inclination to think that Videoton FC and Zalaegerszegi TE could both end up scoring in what appears to be a good match-up, with little separating these two teams. Shouldn’t be much in it, and a draw looks quite a realistic result. We’re therefore predicting a very close game with a 1-1 score when all is said and done. 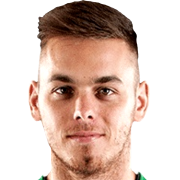 Mostly taking up the Striker position, András Radó was born in Hungary. After making a first senior appearance for Szombathelyi Haladás in the 2011 - 2012 season, the accomplished Forward has netted 13 league goals in the Nemzeti Bajnokság I 2019 - 2020 campaign so far in 32 appearances.

While we have made these predictions for Zalaegerszegi TE v Videoton FC for this match preview with the best of intentions, no profits are guaranteed. Always gamble responsibly, and with what you can afford to lose. We wish you the best of luck.