FC Volendam will be at GelreDome on Saturday for the Eredivisie tie with hosts Vitesse.

Scroll down for all of our predictions, poll and stats for the Vitesse v FC Volendam game - as well as the best betting odds.

Vitesse will be looking for an improved result here after the 1-0 Eredivisie loss in their previous game against FC Utrecht.

It has not been often in recent games where Vitesse have kept a clean sheet. In fact, Vitesse have seen their defence breached in 5 of their previous 6 clashes, letting in 15 goals in the process. We shall soon find out if that trend will end up being sustained here.

Heading into this fixture, Vitesse are without a win at home for the past 6 matches in the league. Their fans aren't happy.

Since being beaten in their last game against Go Ahead Eagles in Eredivisie action, FC Volendam will be hoping to turn things around here.

Coming into this contest, FC Volendam are without a win away from home in their last 4 matches in the league.

Our assessment is that Vitesse should dominate possession and create several successful chances.

However, FC Volendam could well find it tough to break down their defence but we can see them getting the chances to score, too.

Our tip is for a comfortable 3-1 victory for Vitesse when the full-time whistle blows. 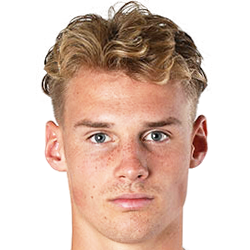 Normally playing in the Striker position, Nikolai Frederiksen was born in Denmark. After having made a senior debut playing for FC Nordsjælland in the 2017 - 2018 season, the accomplished Forward has scored 2 league goals in the Eredivisie 2022 - 2023 campaign to date in 5 appearances.

We have made these Vitesse v FC Volendam predictions for this match preview with the best intentions, but no profits are guaranteed. Please always gamble responsibly, only with money that you can afford to lose.