West Bromwich Albion take on the visiting Watford at The Hawthorns in the Championship tie on Monday.

Our predictions, user poll and statistics for West Bromwich Albion v Watford can be found here including the latest game odds.

West Bromwich Albion enter this game after a 1-1 Championship draw vs Middlesbrough.

Over their prior 6 fixtures, Steve Bruce's West Bromwich Albion have managed to score 8 times, an average number of goals scored per match equal to 1.33.

Watford go into this meeting following a 1-0 Championship win versus Sheffield United in their previous game.

In that game, Watford had 53% possession and 10 shots at goal with 4 on target. The scorer for Watford was João Pedro (56'). On the other side, Sheffield United had 6 attempts on goal with 3 on target.

The attacking players from Watford have had real problems scoring goals over their previous six games, contributing the poor return of only 4. In those fixtures, The Hornets have also seen the overall goal aggregate of their opponents equal 10. We shall soon see if that trend will end up being continued on in this game.

Going into this game, the form guide shows that Watford:

A glance at their prior head to head meetings dating back to 15/08/2015 tells us that West Bromwich Albion have won 1 of these games and Watford 3, with the number of drawn matches being 2.

A combined total of 12 goals were scored between the two sides in this period, with 5 of them from The Baggies and 7 for The Hornets. This gives an average number of goals per game equal to 2.

The previous league encounter between these sides was Premier League match day 29 on 03/03/2018 and the score finished Watford 1-0 West Bromwich Albion.

On the other side, West Bromwich Albion had 9 shots on goal with 2 of them on target.

The West Bromwich Albion manager Steve Bruce will be grateful to have no fitness concerns at all before this match thanks to a completely healthy group available to choose from.

With a fully injury-free squad ready to go, the Watford manager Rob Edwards has zero fitness concerns at all coming into this game.

We feel that Watford will need things to go their way to break down this West Bromwich Albion outfit who we reckon will be able to get on the scoresheet themselves in a winning performance.

With that in mind, we reckon that it will be a good tussle with a 1-0 win for West Bromwich Albion at the end of this game. 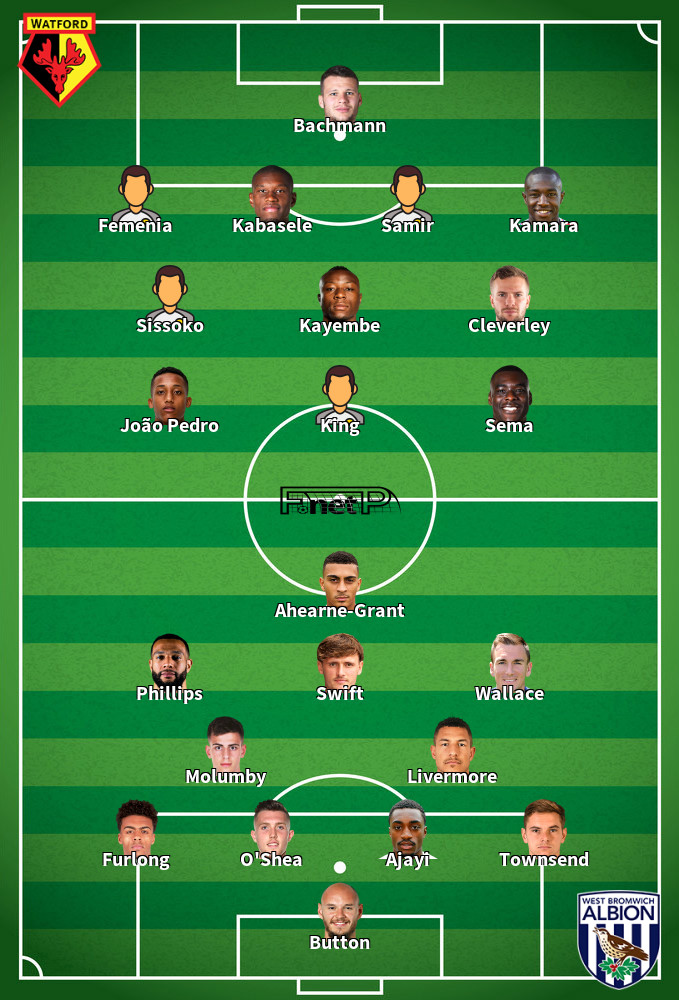 We have made these West Bromwich Albion v Watford predictions for this match preview with the best intentions, but no profits are guaranteed. Please always gamble responsibly, only with money that you can afford to lose. Good luck!